Source for the History of Interest Rates 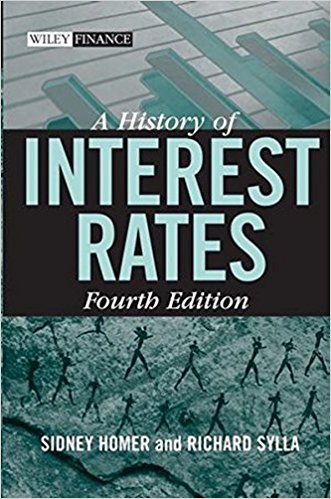 I was quoting you while speaking to a friend from a similar recent post where you stated that interest rates were at 5,000-year lows.

They asked me where you got data going back 5,000 years and of course, I was at a loss to explain. So my question is: does such actual data exist?

“How can you have such an even with interest rates at 5,000 lows and governments unable to fund themselves? ”

Just one more thing: if Socrates was female and I was a bachelor, I’d be coming to her door every five minutes with another bunch of roses,,,,,

ANSWER: Interest rates are one of the areas along with money that we have historical records back to the start of recorded history. There is even a great data source based in part on the work of by Sidney Homer and Richard Sylla – History of Interest Rates. We have the full account of that research on the site under History.

Our work incorporates that data source and we have added additional material uncovered from historical records.

I don’t know how to code emotions. If I could, I would make it a her.