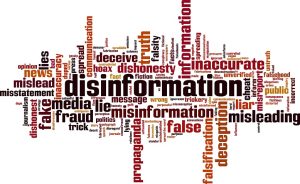 QUESTION #1: Would you comment on Zoltan Pozsar of Credit Suisse calling this QE4 for year-end.

You said that the Fed didn’t raise rates a few days ago because the Repo crisis won’t let them. Interestingly, Trump hasn’t blasted Fed chairman Powell for not lowering rates more over the past few weeks. Do you think Trump is aware that the Fed can’t lower and that’s why he’s hasn’t attacked Powell lately on Twitter? Perhaps Powell told Trump the Repo situation in their Nov. 18th unannounced meeting.

ANSWER: I do not know if Pozsar is being too caviler with his comments or if he’s deliberately trying to spread disinformation. This is by no means a “fourth version of quantitative easing” when the US economy remains strong and the Fed has acknowledged that fact. It does seem to me that he is trying to deflect people from looking at Europe and pointing his finger at the Fed. The Fed is compelled to be the man in the middle because banks have withdrawn from lending to banks because they do not know who has the risk with Europe. The US Treasury stated it is investigating the over-regulation by the BIS, which has impacted the repo market. The Fed is trying to control short-term rates and this has NOTHING to do with “stimulating” the economy. The BIS has impacted the regulation with Basel III, which the BIS will not accept responsibility.

Calling this Repo Crisis QE is up there with calling Trump a racist because of his wall. Yet, Mexican is not a “race” any more than being American, German, Greek, Italian, Spanish, or British. The term is ethnicity, not race. This is not Quantitative Easing, which is lowering interest rates and stimulating the economy. The Fed is trying to prevent short-term rates from rising because there is a liquidity crisis created by banks refusing to participate in the repo market.

The suggestion that the Fed will have to move to long-term bonds fails to understand what is taking place. I cannot imagine that any banker would make such a statement. They either do not know what the repo market is or they are trying to create disinformation to protect Europe. This is very curious.

I believe the White House has been briefed on the crisis and it has also impacted the China trade negotiations.