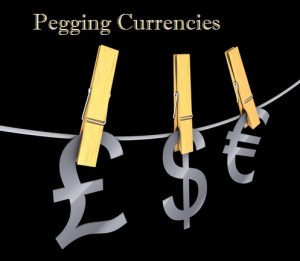 This is a hybrid interest rate system that would eventually collapse as all pegs do. But it will allow, initially, for a bifurcation of rates.

This is feeding into what we see coming for the next wave. They realize QE has failed. They cannot allow rates to rise as it would blow out the budgets.

This is not a long-term solution. The interest rate peg collapsed in 1951 due to Korean War inflation.