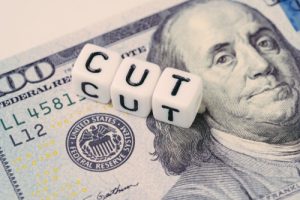 The Federal Reserve, as expected, cut rates a quarter-point. The Fed also warned that further moves to ease interest rate policy may be coming to an end. The rate cut of 25 basis points to a range of 1.5% to 1.75% has been the third cut this year, which Fed Chairman Powell characterized as a “mid-cycle adjustment” in a maturing economic expansion. The Liquidity Crisis that has emerged in the REPO Market has been deeply concerning behind the curtain as many remained clueless as to why it was even unfolding. Many analysts claimed the Fed was hiding something and US shares of banks tumbled when they were traceable to Deutsche Bank exposure.

Indeed, the pressure in the global economy is all stemming from Europe. This is where the crisis has been building with no end in sight. The refusal to bail out banks in the Eurozone has introduced a risk and nobody is willing to step up to the plate. This has boiled down to banks no longer trust banks.