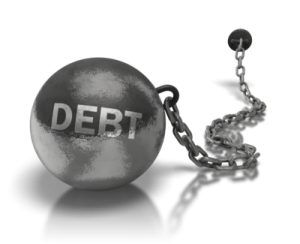 Emerging market and developing economies pushed their borrowing to an all time record high reaching $55 trillion (€50 trillion) according to the World Bank, marking an eight-year surge that is the by far the largest, fastest and most broad-based debt increase in nearly five decades. Over $200 billion of USD-denominated bonds and loans issued by emerging market governments and companies had to be rolled over during 2018, and about $500 billion came due in 2019.  The risk of a dollar rally into 2021/2022 remains a major threat to emerging market debt.

Amazingly, the sublime stupidity of investors bought Argentina debt which was able to sell 100-year dollar bonds. Many just assumed the IMF will stand behind all these debt issues. That was the same assumption they made buying Russian debt which collapsed and resulted in the Long-Term Capital Management debacle. What is interesting is that the traders who made those decisions were fired. A new crop enters the scene and with just a little time passing by, they make the very same mistakes all over again. When some chaps from Merrill Lynch were trying to sell a scheme which had previously blew up decades before were pitching this to the trust fund of Temple University who asked me to review the offer, when I rejected it, they told the board I was “too old” to know how to make money the new way. That blew up and became the Orange County debacle.

Through 2025, emerging market governments and companies face $2.7 trillion in USD-denominated bonds and loans that will come due and have to be paid off or refinanced. This does not include euro and yen-denominated debt, of which these countries also have a pile. The Mexican government was sold ¥135 billion ($1.26 billion) in “samurai bonds” with maturities of five, seven, 10 and 20 years, at what the Ministry of Finance termed “a historically low cost.”

« Why Does the Fed Need to Raise Rates?
Thanks to Bankers – Student Loans Are Suppressing our Future & Destroying the Real Estate Market »