Why the Dollar is not Fiat 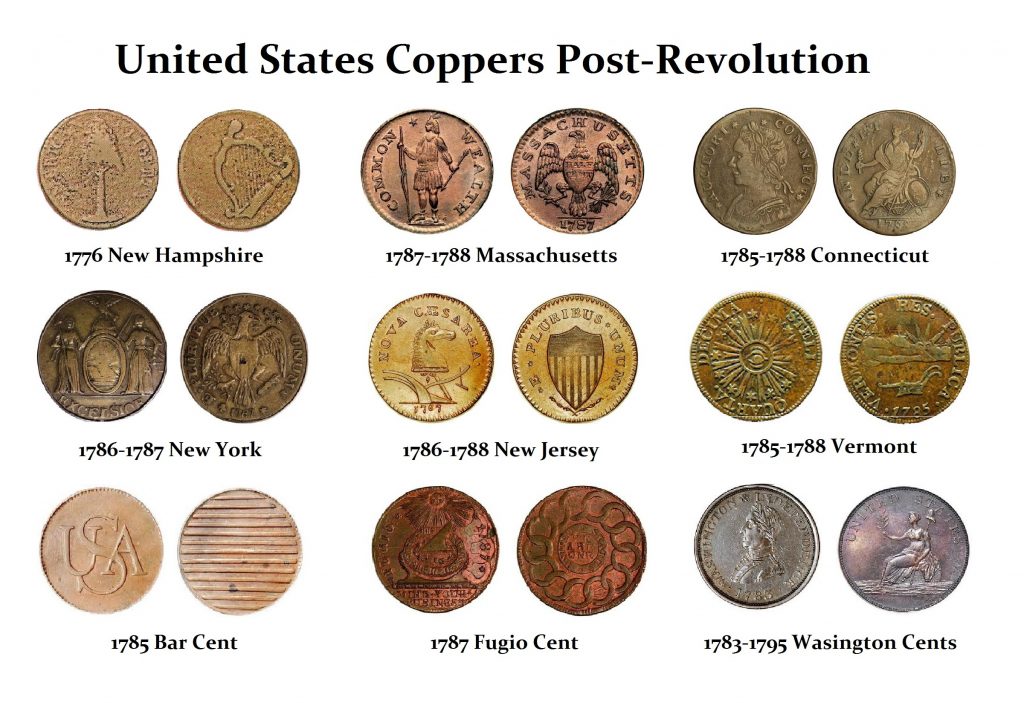 QUESTION: You have said that coins were still fiat and not tangible hard money. Nobody else has said that. Can you support that statement?

ANSWER: Of course. During the American Colonial period, there was a shortage of silver in particular in Britain. The British imposed restrictions on what coins could be used to pay Americans for anything. That restriction was imposed on silver and gold. Therefore, payment to Americans from Britain was always in copper coins. If Americans wanted to buy something from Britain, it was typically demanded in silver or gold. This was one of the reasons for the American Revolution. 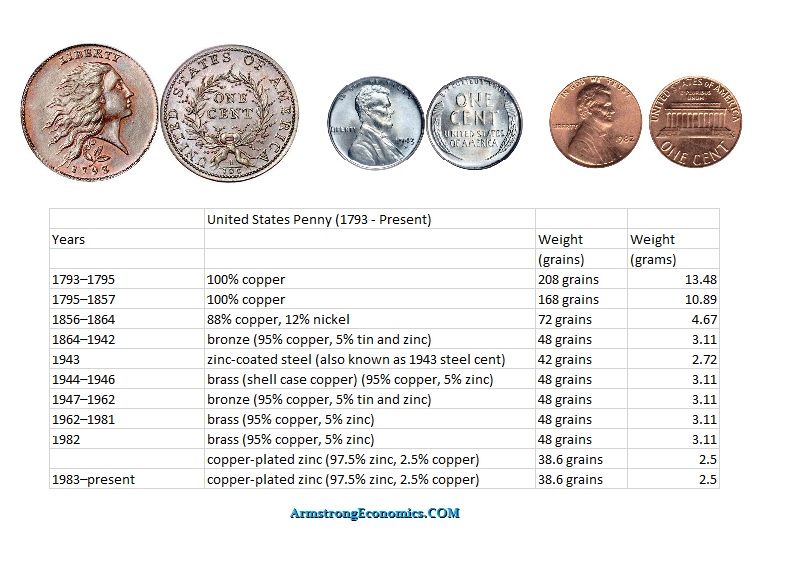 Because of these restrictions, the monetary value of copper coins was twice its actual metal content. All governments produced coins ONLY at a profit, which is called the seignorage. Here is a table of the weight and metal content of a U.S. penny. Not only has it declined in weight, in 1982 it ceased being a copper-based coin. The penny today is zinc copper plated to maintain the appearance. The price of copper became worth more than 1 cent and that was not profitable. In May 2012 Canada stopped minting one-cent coins altogether because the metal content exceeded its value ending a tradition since 1858 when Canada established its own currency. 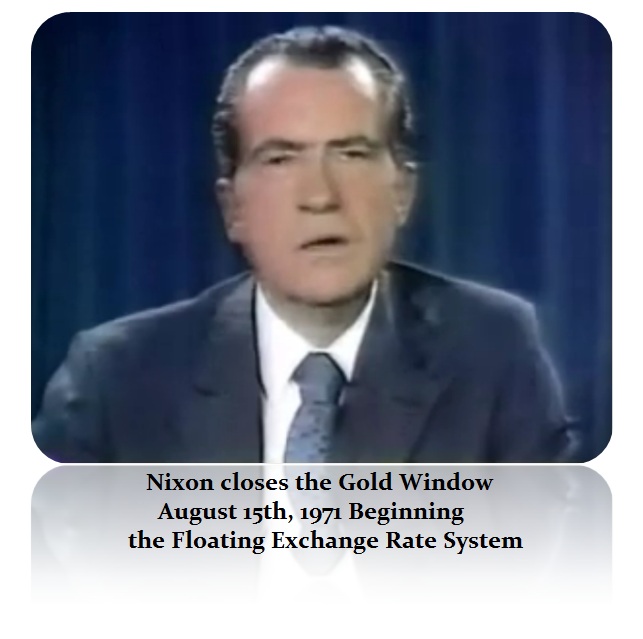 Even in ancient Roman times, the mines belonged to the government. They financed their spending by producing new coinage every year. That covered about 80% of their budget. They set the value of the coin which was ALWAYS over the intrinsic metal content. So no matter what people you look at, the coinage denomination value was ALWAYS greater than its pure metal content.

Even Bretton Woods fixed the price of gold at $35 per ounce in 1944. They failed to raise that value in proportion to the creations of dollars and it eventually caused the monetary system to collapse in 1971. That was the very same result we see in the penny as well as the debasement in the Roman Empire of the silver coinage.

Therefore, anyone who tells you that ONLY paper money is fiat, they have absolutely no idea of the monetary system and how it has evolved with time. ALL money, when fixed in value by the government, is FIAT. Even the infamous Soros attack on the British pound was based upon Britain trying to “fix” the pound at a high rate within the European Rate Mechanism at a high rate for pride.

Only a floating exchange rate system ends the fiat. So yes – that means as long as the “paper” dollar floats in value on world markets, it is not actually fiat any more than Bitcoin trading. The term “fiat money” means an arbitrary order or decree declaring the value to be fixed. The dollar was “fiat” when it was arbitrarily established by Roosevelt at $35 to the ounce of gold. Since 1971, the dollar floats and it is no longer fiat because that is the definition of a fixed arbitrary value.

Today. as long as a currency floats, it is not an arbitrary declaration of its value by the government and is therefore not “fiat” as popularly stated by the hard money crew. This mythical idea that a currency should be a store of wealth has NEVER existed even once in history from one decade to the next. Those who argue for such a system are incapable of comprehending the business cycle and like Karl Marx want to freeze the system because they cannot cope with it.

Unfortunately, people call paper money fiat because they do not understand the meaning of the term. What they are doing is complaining money does not remain a constant value as Marx tried to create.

« Is the Dollar Really a Petrodollar anymore?
Private Blog – Closing for 2017 is Posted »