There are more $100 Bills in Circulation than $1 Bills 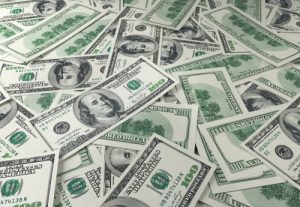 There are now officially more $100 bills in circulation than $1 bills. The interesting aspect is that when we dig deeper, what is revealed is the fact that the bulk of them are being hoarded outside the United States. This is very interesting for we see the same basic trend emerging from the dollar v other currencies. There is a shift to the dollar as the US economy continues to hold up the entire world.

Once again, even going back to 1995, estimates placed about $200 billion to $250 billion of U.S. currency was circulating abroad. That was more than 50% given the physical money supply even back then was about $375 billion in circulation outside of banks. More recently, the amount of US currency in circulation outside the United States has now exceeded 70%. The world is hoarding dollars for they fear the cancellation of their own currencies as talk of eliminating cash in Europe has escalated with the prospect of Christine Lagarde replacing Draghi.

As Americans have moved increasingly toward debit and credit cards, the rest of the world has been sucking-up US dollars beyond belief. Anyone who questions whether the US dollar is the reserve currency, well the cash is not being held by governments or central banks. The people are now hoarding US dollars at record levels. Having some cash might not be such a bad thing.

« Is the Dollar Rally the Same as the Great Depression?
Dollar Contagion & Trump »