The War on Cash & the Dollar

I have warned that Europe is the epic center for the decline and fall of Western Culture and economic strength. While the US has not yet joined Europe, the Democrats are licking their lips and trying desperately to figure out how to kill cash forcing everything to be digital in search of cash. In Europe, 18 EU countries are now restricting the use of cash and they are desperately trying to terminate cash all for control and taxes. Now it is just presumed that paying in cash means you are engaged in money laundering for that definition has been expanded to just tax avoidance.

France, the origin of communist theory, has been trying to outlaw cash for years. Today, a cash payment limitation stands at €1,000 since 2015. That was lowered from a limitation of €3,000 which was implemented in 2010. In Greece, as of the end of 2016, the upper limit on cash was just €500. Here we have a government that was as corrupt as it could be and screwed the nation by entering a conspiracy with Goldman Sachs to manipulate their debt to enter the Eurozone.  Hence, the government wanted to lower the limit to €300 which would have seriously disrupted tourism and even the ECB objected. The government has imposed laws whereby Greek taxpayers must prove that they spend at least 30% of their taxable income in electronic form. If you failed to prove that 30% of your income is spent by debit/credit card, you will have to pay a penalty tax of 22% on the difference.

In Italy, the government imposed a limit on cash transactions of €2000. However, as of January 1, 2022, the government has lowered that to €1,000 proving that money laundering is no longer drugs, but not paying taxes. Throughout Europe, these trends reveal that the pretend politicians who are supposed to “represent” the people, regard the people as criminals. They have used terrorism as the justification to go after every person in the country. This is why governments have been pushing for 5G to ensure the extinction of cash and to make all payment systems instantaneous.

In the Netherlands, the government moved to introduce a cash limit of €3,000 also claiming that this was intended to be “measures to combat money laundering and terrorist financing more effectively”. Spain introduced a law in 2012 on the prevention of tax fraud in Article 7 which forbids making cash purchases of €2,500 or more. That was lowered to €1,000 as of November 2021.

In Germany, there is no limit on cash payments for the purchase of goods. However, consumers who want to pay amounts that are greater than 10,000 Euro in cash, have to show their ID card and the merchant/vendor must document their name, place of birth, date of birth, and home address as well as their nationality. 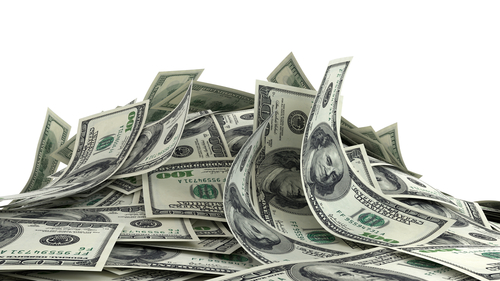 Using terrorism, all European governments are hunting cash and PRESUME people who pay in cash are engaged in money laundering they now define as simply not paying taxes. I have been warning that part of the strength behind the dollar is the fact that (1) it has never been canceled, but (2) it is the cash reserve of the world with 70% of paper dollars circulating outside the United States as the hedge against their own governments.