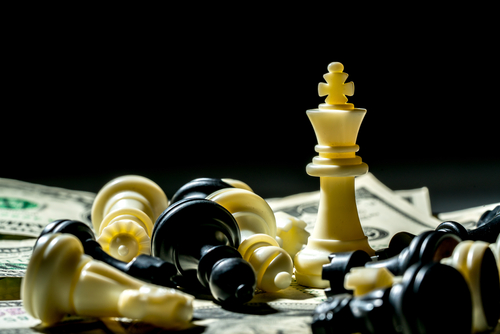 QUESTION:  Hi, I’ve read your blog for a couple of months now and it clearly opened my eyes. But I’m wondering if I’m getting crazy now.. I can see a pattern between rising Chinese yields (despite weaker growth), parked Chinese money in the Canadian & Australian housing bubble, plunging commodities (very bad for Australian and Canadian people who have to pay of their massive mortgages) and why all this will lead to a rising dollar. Am I looking in the right direction?

ANSWER: Yes. The only way to reach the economic crisis that forces political change is to put on the maximum amount of pressure. It does not even require that what people BELIEVE will happen, happens. Human nature is such that we all act in anticipation of events. Sure the Euro has bounced on belief that BREXIT is a passing phase. But the election of Macron was the worst possible outcome as it should have been for it now seals the fate of Europe. The Euro that will crumble as Brussels now tries to federalize everything to secure its own survival against the people of Europe to defeat this populist movement by political decree.

The dollar rose between 1980 and 1985 on the fears that the USA would default creating a two-tier monetary system with red dollars externally and green dollars internally. The US national debt hit $907.7 billion in 1980 and the Eurodollar market was about the same. The Europeans were convinced that the US would default by adopting a two-tier dollar. Consequently, between 1980 and 1985, Eurodollar deposits fell by about 50% and the Europeans moved their accounts to the USA where they thought they would get green dollars. That was the number one question I would get at seminars and conferences in Europe between 1980 and 1985. It never happened. Yet the “belief” it might moved capital to USA and that sent even the British pound to $1.03 in 1985.

Only the dollar moving to all time record highs in 1985 sparked the Plaza Accord. However, that is where the whole idea of the Euro was born. Jim Baker saw THE PROBLEM AS THERE WAS NO CURRENCY TO COMPETE AGAINST THE DOLLAR. Baker urged Europe to create a single currency to prevent the dollar from rising, which then reduced US exports.

You can see the correlation below. Our number remains 23,000 on the Dow where things begin to get interesting. So far, it is just keeping pace with international value. The first opportunity for a major dollar high is 2018 and after that comes 2020/2021.