It’s Not the British – It’s the EU 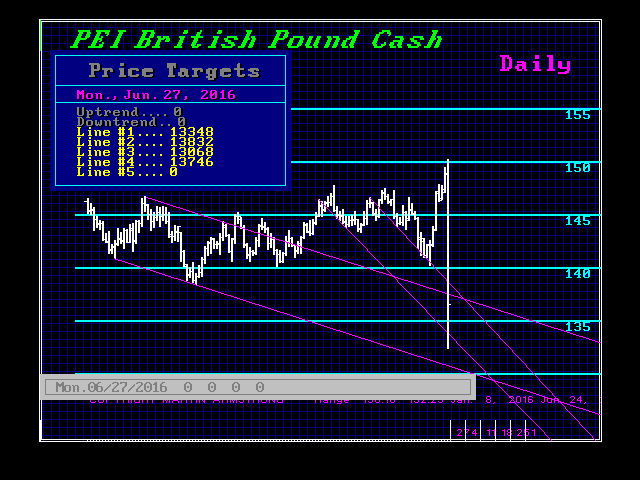 While everyone is busy blaming the Brits, the real culprit is the EU. The audacity of various EU ministers demanding immediate withdraw is akin to a spouse who just discovered their partner was cheating. They may say beware of a woman scorned, well it looks like this applies to male politicians as well. The brain-dead morons cannot grasp that they crossed the line and embarked upon a political union in which they have denied any democratic process because they assume the people are too stupid to see what they see.

The markets will settle down and then flip. The smart money will figure out that London will remain as a financial center, as will Zurich. But there will be no such center within the EU because the politicians have a mechanism in place to outlaw short-selling at their discretion whenever the markets say they are wrong. BREXIT is the survival of Britain, not its demise. The crisis brewing in eight member states will ultimately follow Britain and hold referendums. Brussels may be the most hated political entity exceeded only by Venezuela.

We can easily see from the technicals that the pound has not quite broken the broad trend moving into a panic. It has held the technical support, which warns that everything can flip against the EU come early July. We have also been warning of a coming dollar rally that will make the dollar bears’ noses bleed from vertigo. The critical monthly closing support remains at 13660 in the cash pound against the dollar. A June closing beneath this level will confirm the dollar rally is beginning in a broader trend. 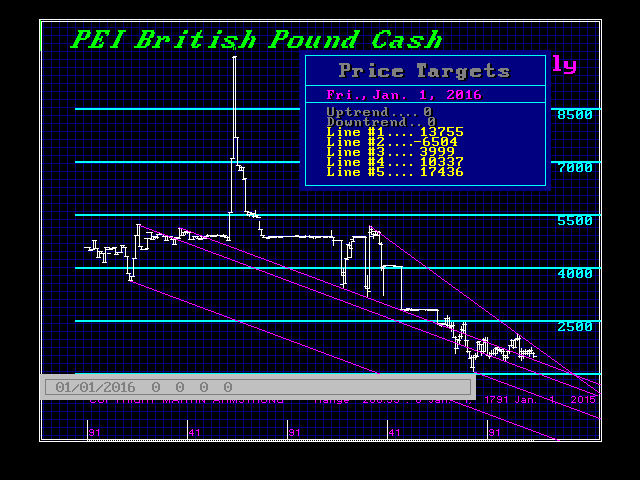 When we turn to the long-term chart (Yearly 1791-date), we can see technical support at 13755. This has been broken intraday, but this is critical from an annual closing perspective. We have breached the critical support long-term and a monthly closing below 13660 will confirm that the pound will retest the 1985 low at the par level. This, in part, will be the result of European politicians ignoring the problem, which has been them and their elitist views.

The attempt by Brussels to create the United States of Europe and the arrogance of allowing uneducated “refugees” into Europe to interbreed to create one mixed race is just insane. They looked to the USA and saw interbreeding of European nationalities and they saw a single currency. What they overlooked was a single language. Once everyone spoke English, then the intermarriage process began. These elitists are insane and do not understand what they have done. 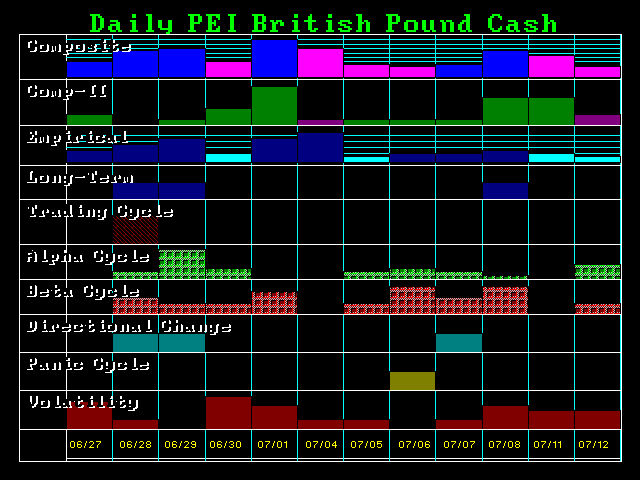 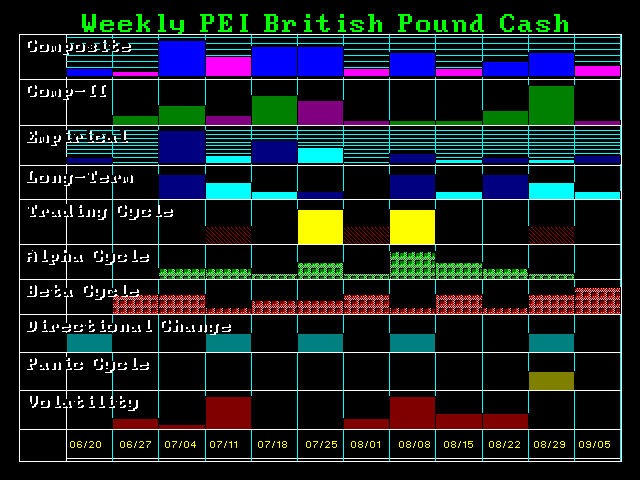 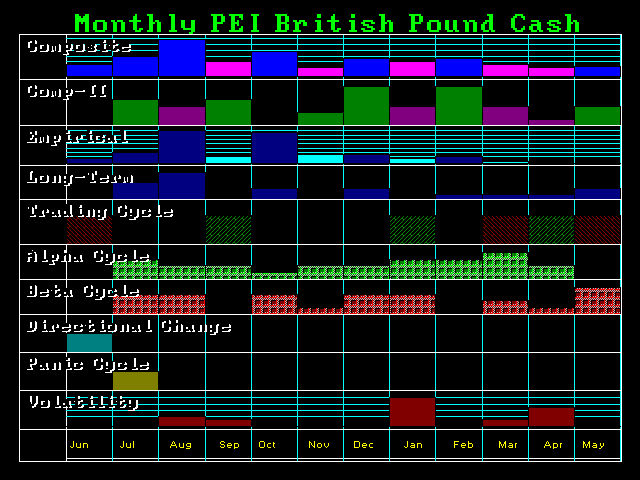 Things will be moving into August/September. June was a Directional Change and that seems to have been on target along with our computer’s forecast years in advance. 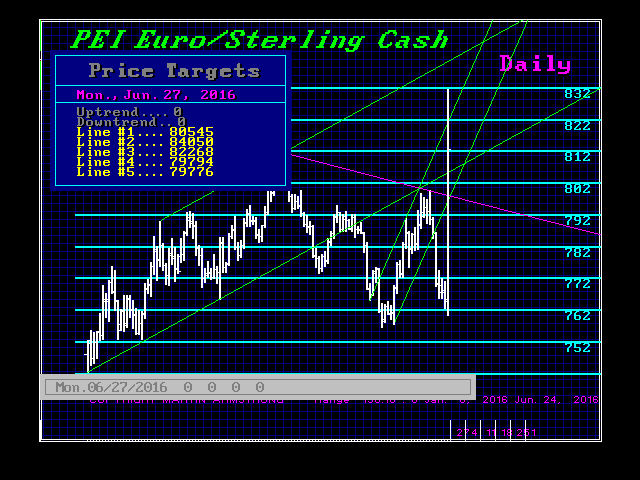 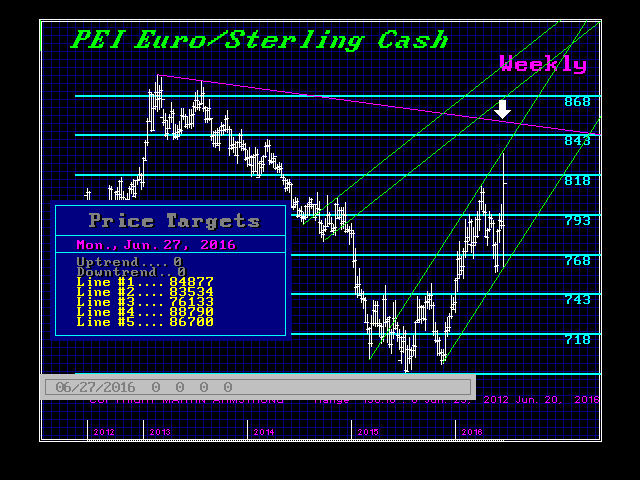 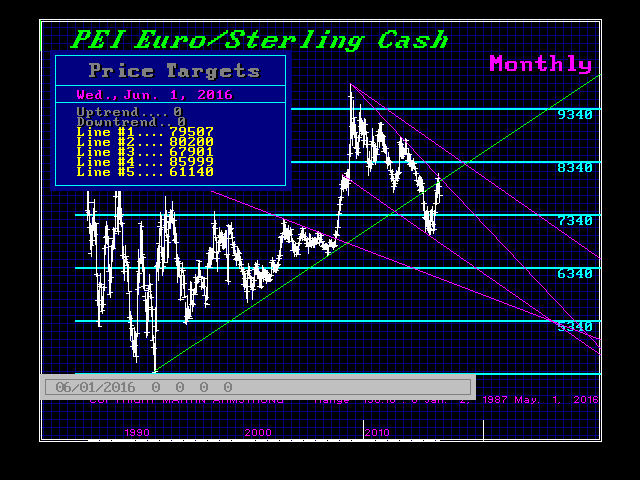 Now, when we turn to the euro/sterling we get a different picture. This shows us clearly that the problem is by no means Britain — it is the EU. While the euro rallied on the first knee-jerk reaction, it did not breach the major resistance at the 85999 level. In fact, the euro fell against the pound and has been making only a reactionary rally. If Ireland and Scotland want to leave the UK and join the Euroland, they will be major shorts. Anyone with assets in those locations will need to convert to dollars. 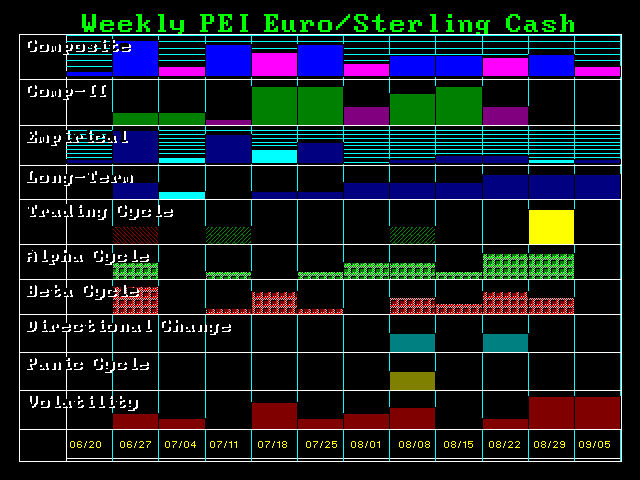 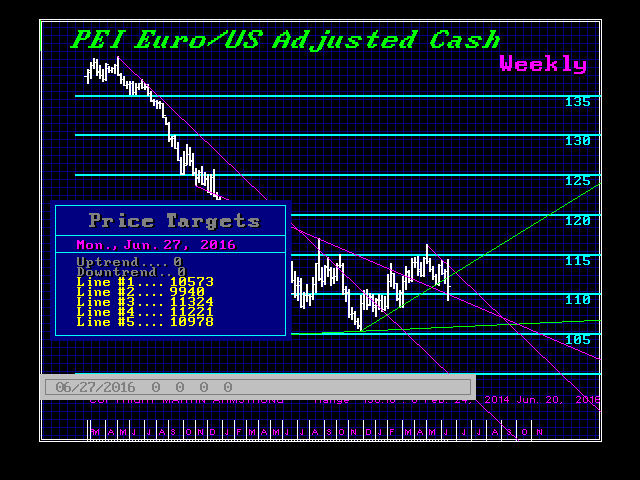 We can see that the Yearly Bearish we elected at the 116 level at year-end 2015 has proven to be dramatic. We rallied back to retest the 116 level, which took a little longer, but it has fallen sharply and we can see the trend is in motion for a big dollar rally.

« Awesome Collapse in Pound as “Leave” Vote is Ahead by Almost 300,000
Soros Lost Big on the Pound This Time »