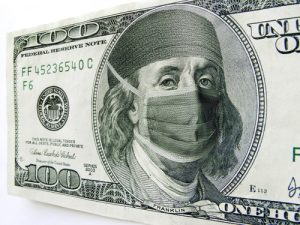 President Trump just does not understand the dollar. This old school idea that lowering the currency will increase domestic jobs and exports sounds logical, but the value of any currency is determined by the level of international confidence. It is absurd to think you can lower interest rates and the dollar will decline to support more exports. Nobody considered that you then wipe out pensions and force the elderly to work because they cannot live off the interest from the savings.

I really get tired being called into meetings over the same childish one-dimensional theories that it seems only an idiot would believe in. Trump has voiced his dismay over the strong dollar claiming U.S. manufacturers are at a disadvantage. “With substantial Fed Cuts (there is no inflation) and no quantitative tightening, the dollar will make it possible for our companies to win against any competition.”  I testified before the House Ways & Means Committee how the greatest deterrent to American exports are TAXES. An American company bidding on a foreign project must pay domestic taxes on worldwide income. A Germany or British company pays taxes ONLY on domestic business — not international. American companies are at a greater disadvantage because of taxes rather than the value of the dollar. 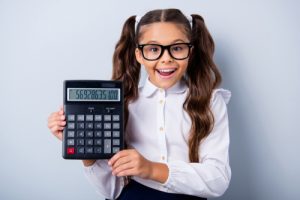 You would think that a child with a calculator could figure this out. Those in power just cannot bring themselves to address the issue because of class warfare is the main argument the Democrats use to inspire people to vote for them. I have been in meetings with Democrats and never will they listen because they do not know how to run for office without inspiring hatred of the rich and blaming them for every failure in their own policies. The only Democrat to ever listen to me was Governor Jim Florio of New Jersey who I debated at Princeton University. I pointed out that the poor and middle class have to pay income taxes and wait for a refund at the end of the year, so you are borrowing from the poor and middle class and cheat them on interest.

Many analysts believe the Federal Reserve will yield to the demands for a further rate cut at the September meeting. This is due to the world economy imploding outside the USA not simply because of Trump-bashing the Fed. We live in a world where we are in the midst of a Dollar Contagion that is impacting the entire world because SOCIALISM is collapsing outside the United States first.