The Fate of the Euro

QUESTION: The bounce in the Euro is a fool’s’ game?

ANSWER: Absolutely. The Euro is doomed because especially if Le Pen loses, Brussels will be relieved and proceed as usual. The same problems will merely exist and no reform will come forward to save the day. A good wind will blow over the European banking system. You are expecting politicians to admit they were wrong and surrender power in Brussels. NOT GOING TO HAPPEN. As Einstein said, you will NEVER solve the problem of the Euro with the same thinking process. 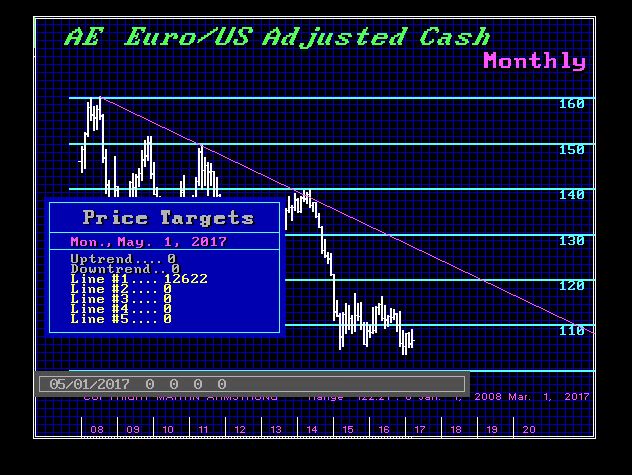 A weekly closing above the 10860 level in the Euro will imply the rally will press higher to test the 112-114 level. Just look at the technical perspective on a monthly level. The Downtrend Line stands in May up at 12622. We are nowhere near reversing the trend in the Euro.

We have the French, British, and then German elections here in 2017. We do not expect total chaos before 2018. That seems to be the point of a major shift.