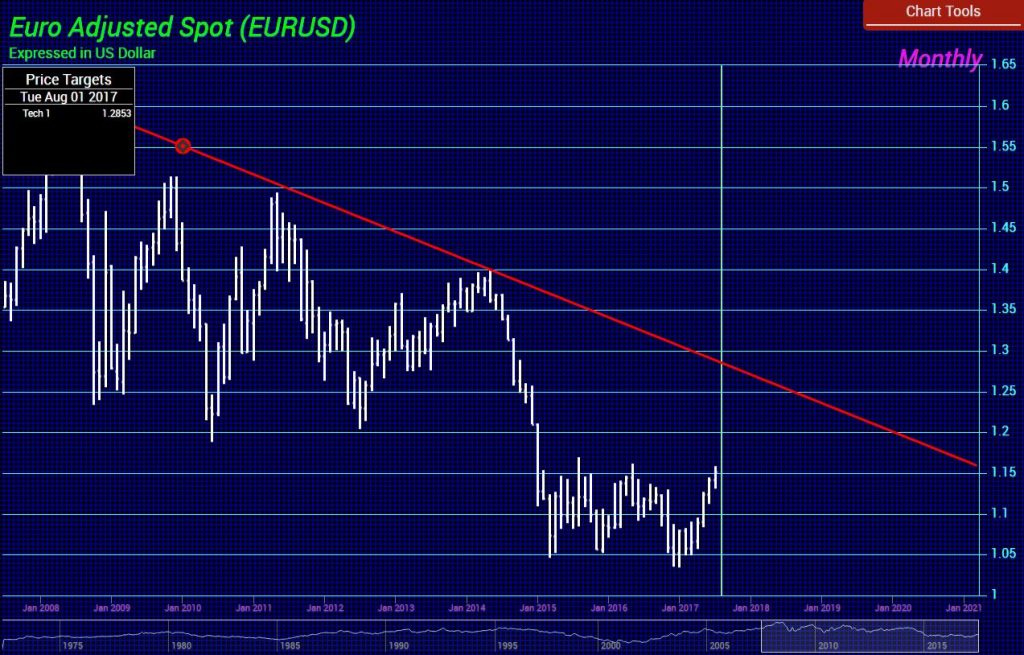 Once the Euro closed above the Weekly Bullish Reversal last week, we have rallied strongly simply on comments from Draghi that a strong Euro is good. It is hard to contemplate his reasoning since this increases the debt burden of Southern Europe and reduces German export competitiveness. His comments that changing police will come September. So we have the 99% bullish sentiment acting still in anticipation.

We have exceed the 2016 high of of 11616 intraday reaching 116574. The Quarterly Bullish Reversal stands at 11694 and this is the key area to watch. Exceeding that allows the rally to reach the Downtrend. With this middle target on our objective reached, technically we have an outside reversal to the upside which has cleaned out the stops. This is setting the stage for the Monetary Crisis that begins in 2018. The higher we move in one direction, the worse it swings in the opposite.

We times timed the Frankfurt seminar with this move as well as our meetings with institutions over the next two weeks.