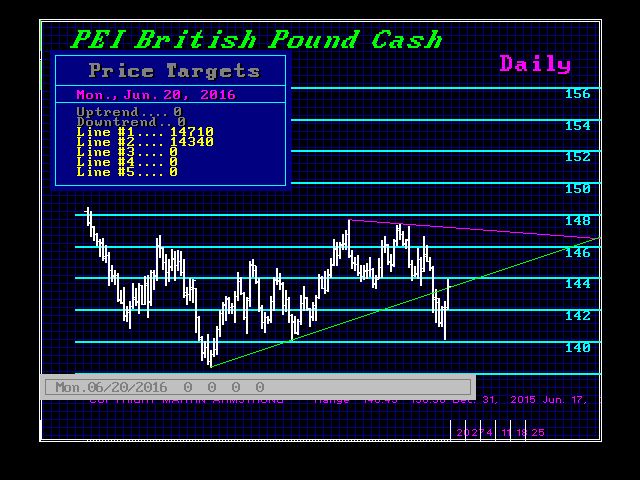 COMMENT: Marty; Nobody paid any attention to BREXIT but you. Now Everyone is talking about how it will be a big deal for the world economy. Guess they took the little bus to school. lol

COMMENT: Your BREXIT Report is brilliant! Sad. But Brilliant!

As you have noted on many occasions the possibility of Britain leaving is almost NILL. So that being said how should your subscribers positions themselves ahead of the “stay” vote.

ANSWER: The propaganda is pervasive that staying in the EU is good and leaving is bad. So the markets should first respond in that manner with the pound up. However, this is a total disaster. Britain cannot save the EU, for it is doomed by its own abusive regulation. It is as Draconian as communism and will fail for the same reason. The majority will be wrong, as always, for that is the fuel that propels the markets. The resistance on the pound basis cash will stand at 14740 and we need a closing above that to suggest there could be any sustainable rally.

It appears we may see some serious trouble unfold after the vote. It seems that unless the vote exceeds 60%, they will rig the votes, which is easy to do with paper ballots. Only a computer ballot would be more difficult to fake as everyone could see the votes as they register. That is the way it should be, but of course, that deprives them of the power to determine what they want the people to say.