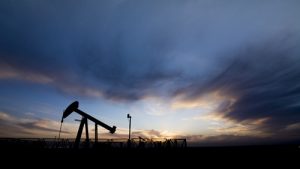 In an attempt to boost the ruble and avoid sanctions, Russia will stop accepting payments in dollars and euros from “unfriendly countries.” India is on board and willing to change to a SWIFT alternative to easily convert rupees to rubles. The G7 has declared that they will not pay for gas in rubles. “[A]ll G-7 ministers agreed completely that this (would be) a one-sided and clear breach of the existing contracts,” German energy minister Robert Habeck stated. “Payment in ruble is not acceptable, and we will urge the companies affected not to follow Putin’s demand,” Habeck said.

Kremlin spokesman Dmitry Peskov said “we clearly aren’t going to supply gas for free” and Russia would not “engage in charity for Europe.” Europe’s pipeline systems are largely connected so it would be difficult to cut off flows to individual nations within the continent. Gazprom, the largest supplier of gas from Russia, has been notified. The company provided “unfriendly countries” with around 70% of exports in 2021 totaling $69 billion.

The contracts are already in order. “I want to emphasize that Russia will definitely continue to supply natural gas in line with the volumes and prices and pricing mechanisms set forth in the existing contracts,” Putin said as he knows that gas exports are essential to the Russian economy. “It’s pretty clear that it makes no sense for us to supply our goods to the European Union, to the U.S. and receive payments in dollars, euros, other currencies,” Putin also stated.

Europe still imports 40% of gas and 25% of oil from Russia. Since the Kremlin is open to all possible outcomes, Europe is preparing for gas shortages. Germany, the largest importer of Russian gas, has asked some energy companies to be aware of possible shortages. The current contracts in place should be safe if Putin keeps his promise, but then a real problem will arise.