The explosive eruption of the Hunga Tonga-Hunga Ha’apai volcano was massive. It would have covered much of California engulfing from San Francisco down to Los Angeles. They are still trying to figure out how big this event was yet it was certainly one of the largest to have taken place in modern times. The Volcanic Explosivity Index (VEI) is measured from 1 to 8. Pinatubo, which is considered similar to the Hunga Tonga-Hunga Haʻapai eruption, scored a 6 on the index. However, Pinatubo produced an eruption column of gas and ash that rose 40 km into the atmosphere, whereas this Tongan eruption was at least 20 km high.

Such events can cause what is known as a Volcanic Winter by the ash blocking the sun. That is what has taken place many times throughout recorded history. They called the year 1816 – the year without a summer. This  19th-century disaster, played out during 1816 when the weather in Europe and North America entered a volcanic winter with widespread crop failures resulting in famine followed by plague. The dust from the eruption of Mount Tambora, which had erupted in early April 1815, had shrouded the entire globe blocking the sunlight. This sent the world into darkness and 1816 did not have a normal summer. It even snowed in New York City during July. 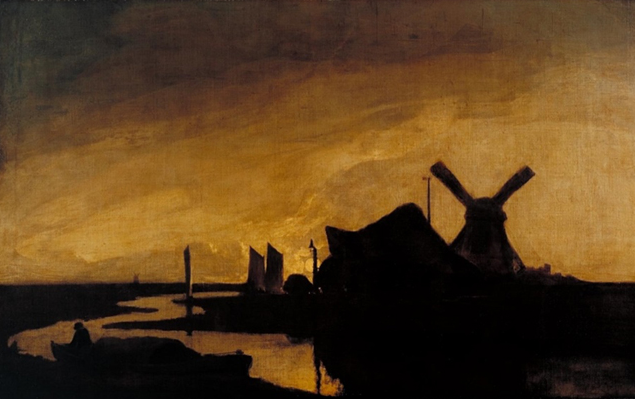 The ash cloud of Tambora also affected the sky not just during the day but also caused the moon to be hazy and dark in appearance. In John Crome’s Moonrise on the Yare (c.1811–6) the moon is visible through the clouds just behind the buildings in the middle of the painting but barely. In the bottom left corner, we see a person working on a small boat in darkness.

It was about one year before the effects were actually felt. The weather in 1816 saw spring arrive as usual. Then as summer was to begin, cold temperatures returned. There were places where the sky appeared permanently dark and overcast. Crops failed due to the lack of sunlight and food shortages were reported in the United States, and throughout Europe. There was a feeling of doom that the world was coming to an end. 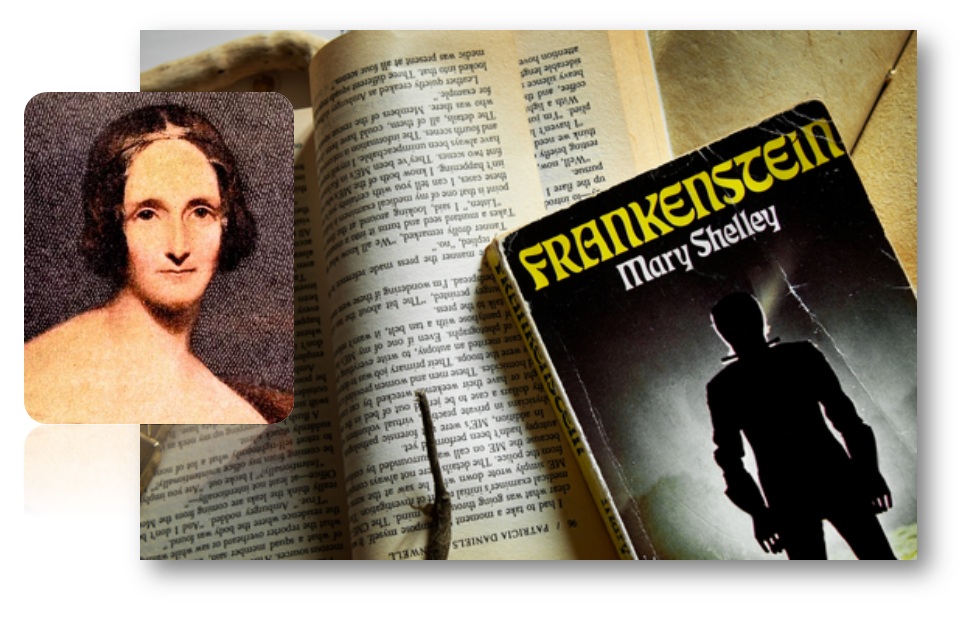 The Year Without a Summer also inspired Mary Shelley who was just 18 when she dreamed up her story of a “pale student of unhallowed arts” and the “hideous phantasm of a man” he created. She was a friend of the author Lord Byron who challenged her to write a ghost story. Her seminal classic of gothic horror, Frankenstein, was inspired during this period. Her first edition was one of 500 copies of this novel printed in 1818. Today, they are worth probably $1.5 million+.

It took more than a century before anyone really understood the reason for the Year without a Summer that it was a volcanic winter caused by the eruption of an enormous volcano on a remote island in the Indian Ocean. But what is significant here is that it took nearly one year for the ash to blank the globe. It was not instantaneous. Here, the blast was huge and it was visible from space. So we may not know about any possible Volcanic Winter for up to one year. When we look at our Food Index, note that the volatility began here in 2022 and will continue to rise into 2024. The mismanagement of Biden and this COVID agenda which has disrupted the supply chain combined with Bill Gates becoming now the largest farmland owner in the USA intent on disrupting the food supply further with his synthetic beef for climate change, throw in volcanic winter and the risk of war, and prices could rise further as supply shrinks. 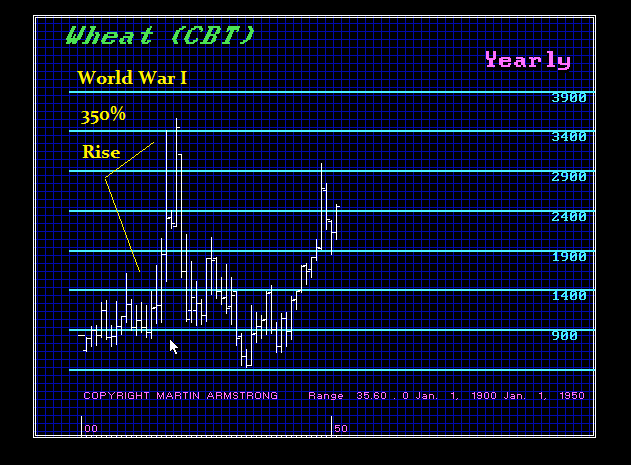 We can see that Wheat jumped 350% during World War I from 1914 into 1919. Here we have the convergence of deliberate disruption of the food supply to further Gates’ vision of eliminating beef production, the advent of potential global war, and the serious risk of a Volcanic Winter especially if we get yet another massive eruption.

« PRIVATE BLOG – War is in the Wind
Ok – Those who Voted for Biden & Want Global Cooling, Please Stay Out of Florida! »