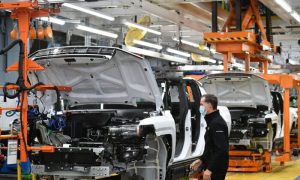 After intense pushback, Ford, General Motors, and Stellantis have partnered with the United Auto Workers (UAW) union to protect workers from vaccine mandates. The United Auto Workers (UAW) union said they will “encourage members to disclose their vaccination status,” but understands that there are “personal reasons that may prevent some members from being vaccinated.” The union, representing over 400,000 members, is among one of the largest entities to block President Biden’s vaccine mandate for private businesses with more than 100 workers. The mandate is stated to go into effect in January 2022, but an increasing number of businesses across America are making it known that they will not comply.