Biden Exempts Congress from Vaccine Mandate But not Post Office

The rumors are flying because Biden has not actually released the Executive Order yet. Now it is clarified that the Post Office will be mandated to take the vaccine. Congress will be exempt from the vaccine mandate since they are not the executive branch. The rumors that Biden may be trying to deny health care to people who are not vaccinated cannot be confirmed and I think that would be way over the top.

What seems to be going on is a punitive push to force 100% compliance with a vaccine that clearly does not work and may even screw up your body to fight new strains as they mutate but doctors who opposed are not allowed to speak. Meanwhile. Pelosi has ordered that the fence be put back up to protect congress from the people. This is really following the playbook of the Decline & Fall of Rome. So while Biden is shutting down the only drugs that can “treat” COVID interfering in doctor’s decisions, Israel seems to be endorsing ivermectin such treatments. 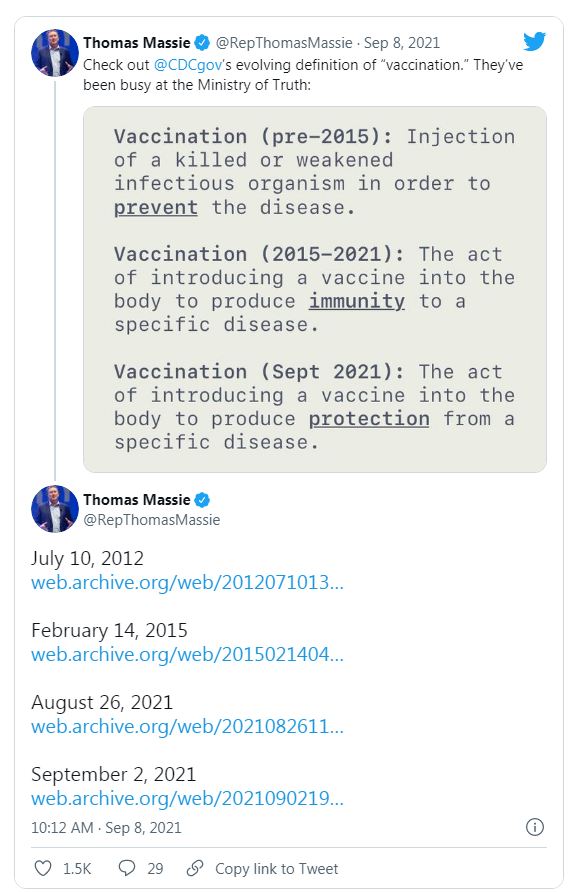 The CDC can clearly not be trusted anymore. They are changing the definition of even what is vaccines because these “vaccines” are not vaccines in the original definition pre-2015. The discovery was publicized by Rep. Thomas Massie (R-Kentucky) who tweeted the definitions. It is now just something that “protects” and is no longer to create “immunity” to a disease. Israel has stated that nearly 50% of the people in hospitals with COVID have been fully vaccinated and that the Pfizer vaccine is only 39% effective. So obviously they do not create immunity. So instead of telling the truth, they change the definition to cover their ass. Schools in California are mandating vaccines for children 12 and up. All we really ask is the truth.

Something is just seriously wrong here to force an experimental “vaccine” by the new definition when the top two FDA people resign over this and the push is so authoritarian and it takes 10 years on average to approve such a drug. Then the central banks are pushing to create the digital currency and to allow them to direct and restrict what you will be allowed to buy in the future.