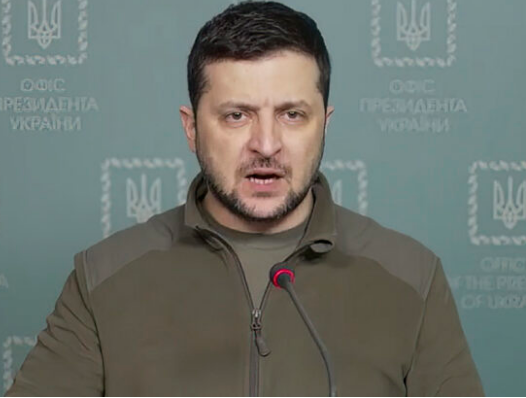 With most con artists, you need to count your fingers after shaking hands. With the President of Ukraine Volodymyr Zelensky, you have to make sure you still have your arm. He wears the same clothes to project he is at war raising some to hope he at least takes it off to wash. Both Germany and Japan as well as the Swiss all apologized for war crimes – but never Ukraine.

Never in all my career of dealing with governments have I ever witnessed such a bold-faced liar as Zelensky. He addressed the students and professors of Yale University, and boldly had the audacity to claim that it is in Ukraine that the global fate of democracy is being determined. The Minsk Agreement called for the Donbas to vote on their independence. Ukraine has refused to allow that ever to happen. His claim that the fate of democracy will be determined only if Ukraine can destroy all Russians is just outrageous.

“It is important for the whole world that Russia loses now – in the war in Ukraine. When we win for ourselves, we will win for other nations whose freedom is potentially under attack: the ambitions of the Russian throne are known.”

“On behalf of the Ukrainian people, I want to thank your people for the support you provide to our defense. Thank you to your leaders – President Biden, both chambers and parties of Congress, public figures and businesses who feel how important it is for Ukrainian democracy to endure.”

Zelensky has refused to apologize to Poland for its war crimes. The depravity of Ukrainians is far beyond any of the worst horror films ever made. It has been documented what the Ukrainians have done like cutting out a baby from a mother’s stomach and sowing her back up after putting in a live cat. Zelensky REFUSES to acknowledge what the Ukrainians carried out. The Polish Association of Memory of Victims of Crimes of Ukrainian Nationalists documented 135 methods of torture and murder practiced by Ukrainian Nazis.

Poland officially called the Ukrainian actions genocide. The Ukrainians have been protected by the CIA for decades ONLY because they hated Russians. They continue to protect the Ukrainian Nazis only because they are waging war against Russia. Every country has apologized for its war crimes with the single exception of Ukraine. Zelensky is an absolute disgrace as a world leader. 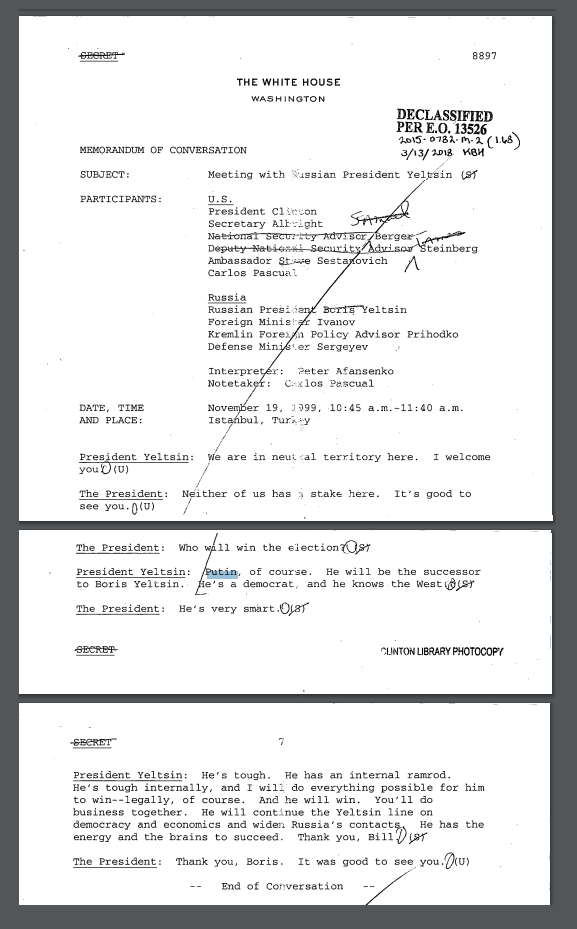 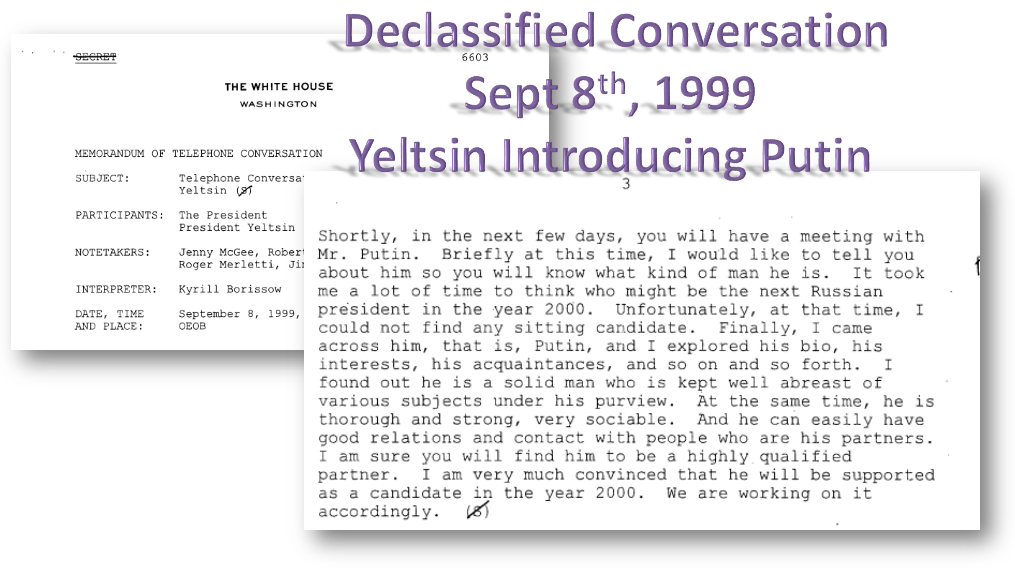 All the declassified documents confirm that the American Neocons have been lying about Putin simply because they want war. They told Zelensky not to negotiate peace. Zelensky has sold his own country like Judas for a handful of silver. He has refused to negotiate any terms of peace whatsoever putting his people in harm’s way all for the Neocons who want to simply destroy Russia at all costs.

I have the same documents that were the briefings that reveal that Yeltsin turned to Putin BECAUSE he was not a communist. Yeltsin was being blackmailed with the Bank of New York case by the oligarchs and Republic National Bank’s Edmond Safra on the one side and the communists who filed an impeachment action to remove Yeltsin on the other. Yeltsin turned to Putin because he was against reestablishing the USSR and he was not an oligarch.  Anthony Blinken has repeatedly maintained the standard propaganda that Putin has “imperial designs” to recreate the USSR. All the declassified documents from the Clinton Administration prove that is also an outright lie. 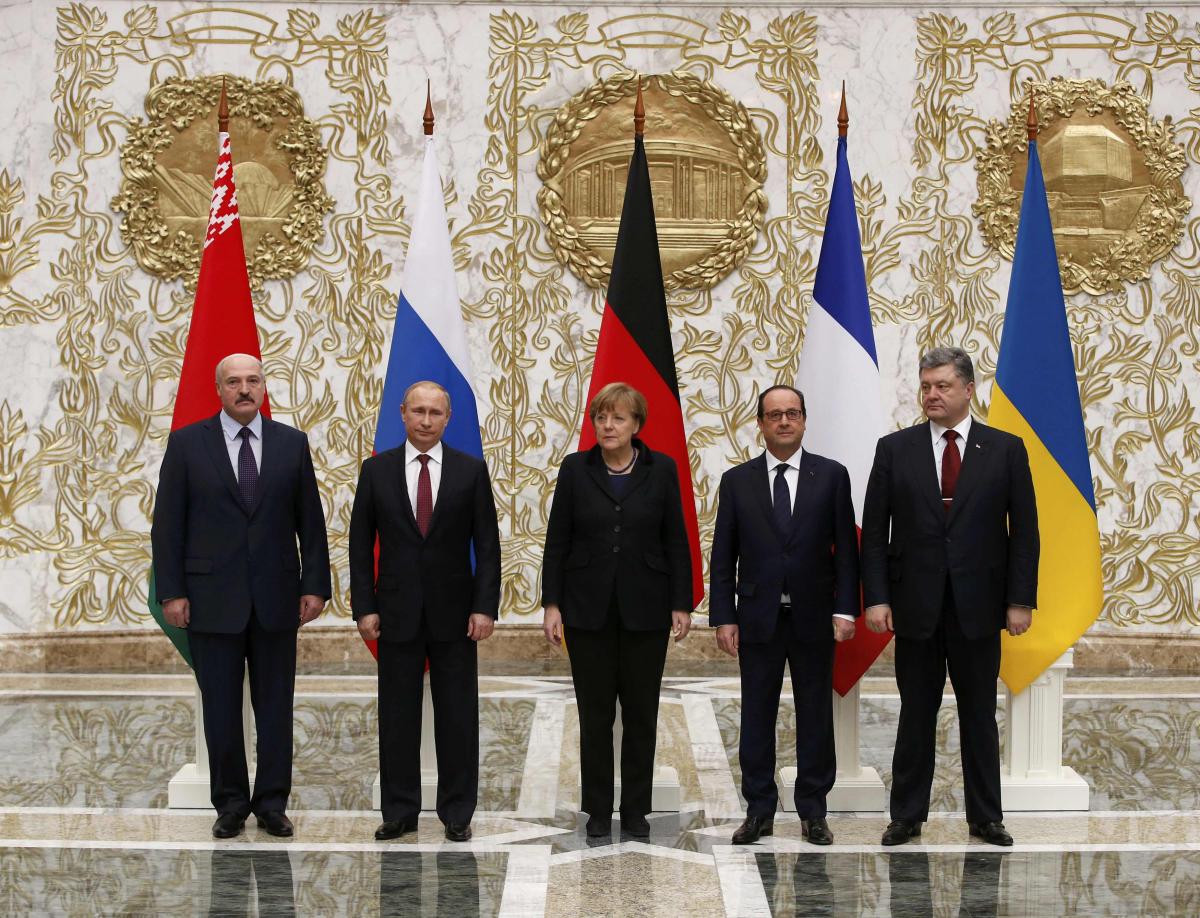 This is a Climate Change War. The objective is the destroy Russia, and its energy production for that is 50% of the entire GDP, and they will then transform it into their idea of a vassal state subservient to the United Nations. You do not create World War III for a tiny piece of land that has always been historically Russian. Those who want to fly their Ukrainian flags in support, look around for you are condemning the future of your family for a war that they lied about from the start just like the weapons of mass destruction. You are just a pawn on their chessboard of international geopolitics.

« Ukraine & its Horrible Dark Past is Taking the World Down With It
PRIVATE BLOG – Poland another Ukrainian False Flag – Again? »