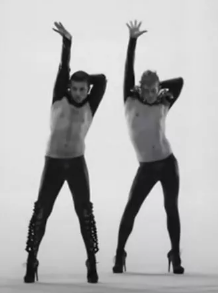 Ukraine is doomed unless it removes Zelensky from power. I have warned that this guy whose only qualification is to dance in high heels, is a threat to the entire world. The West has cheered him and has been using the Ukrainian people as cannon fodder for their war to conquer Russia is endangering everyone, everywhere. His latest plea is for the West to send troops to guard the border with Belarus. Vladimir Makei, Belarusian Minister of Foreign Affairs, has responded that deploying a mission of representatives of Western countries on the Ukrainian-Belarusian border would be equivalent to “these third countries directly engaging in the Ukrainian conflict.” Indeed, Zelensky knows what he is asking for and has already said many times that World War III has already begun.

Zelensky has his hundred of millions stashed offshore. The Ukrainian people better wake up. Their country will be left in total ruin and the flow of billions will come to an end. War ALWAYS costs more lives of civilians than soldiers. That is true of every war from World War I to Vietnam. This is a proxy war by Neocons who just hate Russia and push for its extinction. I have been warned that their designs will fail. They think they can conquer the world like Napoleon waging war neatly one at a time. That will fail. China will NOT stand by and allow Russia to be defeated for they know they will be next. This is total insanity, and there seems to be no leader anywhere who dares to even suggest peace. China has also told its citizen to leave Ukraine now. The window is closing and if the Ukrainian people think this high-heel dancing head of state will stand there with the last man, they are dreaming. He will have his private jet waiting to take him to his blood money.

To those Ukrainians living in Germany and thinking there will be something to return to, you better think again. Beware of November.