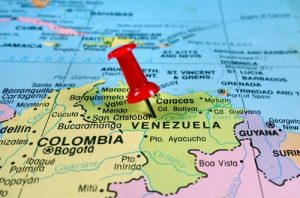 COMMENT: Mr. Armstrong; I am from Venezuela and became an American citizen 20 years ago. I have brought my father here to live for his pension in Venezuela will not even buy him a cup of coffee as you have mentioned. I can only wish that the democrats would visit Venezuela and witness first hand what their ideas would do to America. You have a country with the largest oil reserves in the world and even gold reserves yet its people are starving. Qatar has the highest net worth per capita which shows that capitalism is so much better than socialism. You are correct. Venezuela proves governments are incapable of managing a bubblegum machine.

ANSWER: It is truly an example to the entire world. The proven oil reserves in Venezuela are recognized as the largest in the world, totaling 297 billion barrels (4.72×1010 m3). For example, a crude oil contract on the futures market is 1,000 barrels of oil. At $55 per barrel, the notional value of the contract is $55,000. That is 297 million contracts of $16 trillion in reserves. The main coalfields are located in the western Zulia State, on the border with Colombia, and they have known proven reserves of natural bitumen (42 billion tons). On top of all that, they have gold reserves which are estimated to be 10,000 tons (29,166.7 ounces per ton). That is about $40 million per ton or $4 billion. From a resource perspective, Venezuela has more than $20 trillion in reserve values equal to almost the entire US national debt. If they really want socialism, privatize the resources, let professionals manage it, and hand out profits equally to all the people. But no, the government has to control everything.

There is a tiny little country most people have never heard of and assume it is in Africa. In Guyana, they have just discovered oil. This economy is going to explode next year and it will probably be the highest growth in the world. You will quickly see the difference between capitalism and socialism.