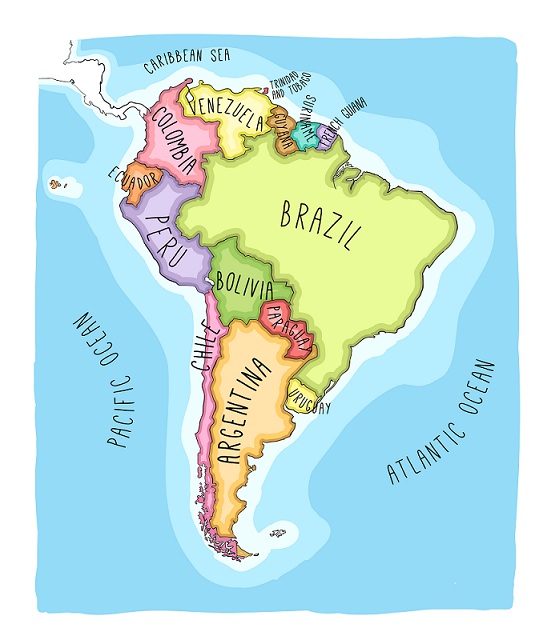 South America has been intertwined with socialism and corruption. Political stability and economic recovery for South America have been a wish that has seemed to be always very elusive. But the hopes and dreams have never been fulfilled. In many countries, politicians with sole claim to power are pushing to power, heavily indebted countries are facing bankruptcy, the rich are getting richer, the poor are poorer, demonstrators and police are fighting bloody street battles. An entire continent is in turmoil — South America is on fire! There appears to be a political-economic crisis that is coming to a boil.

Today, South America appears to be unraveling economically and politically. It was only a decade ago when its future seemed bright and all we heard was about investing in emerging markets. Its economy was growing whereas poverty and income inequality were in decline. Yet, the economic boom came on the back of commodities. The abundance brought by high commodity prices even allowed counter-cyclical policies at the time of the US subprime crisis. As always, foolish investors pour in money without regard to historical problems with repaying debt.

As the economies implode and political chaos rises, commodity production will decline over the next two years and this may set things up for the commodity boom into 2024 based on a SHORTAGE OF SUPPLY rather than outright demand.