It seems like we are in a period where everyone just moves in the opposite direction of what they have been. Where Klaus Schwab says you will own nothing and be happy,  those in the former communist states of China and Russia never saw it that way. Ironically, the land that is becoming more free compared to this attempt to redesign the world in the image of Schwab’s dreams, are the very places that Marxism was embraced.

The fake news was predicting that Brazil’s September 7th Independence Day, was going to be marked by widespread violence and even a January-6-style assault on federal buildings. This was all going to be led by Brazilian President Jair Bolsonaro and his followers who are against the Great Reset. There were protests throughout Brazil, but they were generally peaceful, with few to no reports of violence. The Great Reset crowd was not successful in overthrowing Bolsonaro, which by the way he has rejected Pfizer telling them he will not mandate any vaccine or even encourage them when Pfizer refuses any responsibility for any harm it causes people.

In Argentina, the youth are finally waking up and voting conservative abandoning Marxism that has burned the nation and has never worked. The youth are not crying for Argentina. They are starting to rebel against the socialistic government that has never really helped the people and has suppressed the nation that was once an economic jewel. Last year, a reader from Argentina wrote: “Our government here in Argentina has told us we should expect more poverty and there is no hope for the future. ” 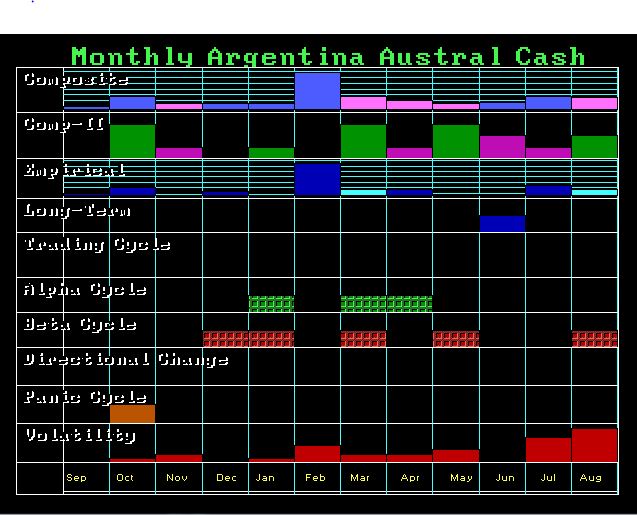 What is clearly very interesting is how our computer is pointing to October and February which is showing up on so many economies around the world. It appears that the world is being confronted by this COVID issue and it is coming to important events that will impact the entire world.