Russia Disconnecting the Internet to Prevent US Cyber attacks 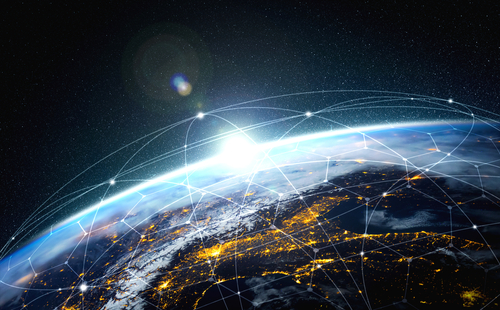 While Cogent Communications, a major internet backbone provider that routes data across intercontinental connections, cut ties with Russian customers. It cited sanctions over the invasion of Ukraine. However, Putin is very strategic and despite the allegations that Russia intervened in US elections which turnout out to be false before the 2020 election Putin took steps in 2019 to protect Russia from American cyberattacks. He conducted tests in June and July to disconnect Russia from the global internet.

Putin chaperoned legislation, known as the “sovereign internet” law, back in late 2019 with the intent to disconnect the internet to protect the country because of what they saw as the “aggressive nature” of the United States’ national cyber security strategy.

China holds about $1 trillion in US debt. During the Quantitative Easing, China was reducing the average maturity moving more short-term. China has been taking steps to make its currency transition to a global currency. In order to do that, China had to loosen its peg to the dollar allowing the currency to float to appease forex traders in global markets. China’s economic growth has slowed over the years. However, what is significant in this dispute over Ukraine, as the economy contracts globally, China’s exports have declined thanks to COVID, and as this has taken place, China is also less able to invest in U.S. Treasurys going forward. Thus, the Biden Sanctions are so dangerous to the world economy, that we are looking at STAGFLATION and a decline in trade and debt accumulation by China, and even Japan which remains the largest foreign holder of US debt.

The Biden Administration’s vendetta against Russia for Climate Change and to accomplish the Great Reset, will fail. They have bitten off more than they can chew.