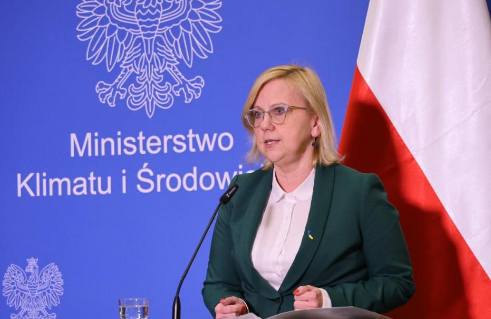 QUESTION: I don’t get it, Poland won’t pay for gas in rubles, when I buy something from the US I have to pay in US dollars not Canadian, so what am I missing?

ANSWER: Politics! Minister of Climate and Environment, Anna Moskwa clearly has zero comprehension of geopolitics. She has come out and said that the European Union should penalize countries that use roubles to pay for Russian gas. In response to Moscow’s decision to cut off supplies to Poland and Bulgaria over their refusal to do so. Moskwa has come out and said: “Poland holds necessary gas reserves and sources of supply which protect our security because for years we have been becoming effectively independent of Russia. Our storage facilities are full at 76%. Polish households will not run short of gas.” This is what she said during a press conference held on April 26th, 2022 at the Ministry of Climate and Environment.

The absurdity of her statements is beyond belief. To think that refusing to buy Russian energy will bring Putin to his knees pleading for mercy is just absurd. She makes no criticism of Ukraine and its notorious corruption of the fact that it is being reported that Zelensky has stashed over $800 million in offshore accounts while demanding $7 billion per month in aid. Even the IMF cut off Ukraine because it is so corrupt. You cannot do business in Ukraine – period! There is NOTHING that Zelensky says which can be verified independently and he will say whatever to keep the money pouring in.

Ukrainian corruption has been a systemic problem that the IMF has been complaining about since 2016. I am warning people that the corruption in Ukraine is off the charts. Reliable sources have warned that you have to pay bribes and if you pay the wrong people, you and your family are still beaten because there is a wholesale level of corruption by many groups.

Ukraine has long been a place you do not do business for you really have to count your fingers just shaking hands. Even the Ukraine press warns that reforms are always blocked. Even Ukraine’s former governor Valeria Gontareva of its central bank has come out and told the International Monetary Fund must act decisively to protect the independence of Ukraine’s central bank against Zelensky.

Nevertheless, at the same time, Poland is constructing a wall to keep the Ukrainians out for what they are not telling people is the truth. Meanwhile, sources in Poland are reporting to me that the Ukrainian refugees are complaining they are not being given more money. Some claim they got more in Ukraine and are returning. As always, nothing appears to be as the headlines present it.

The statements of Anna Moskwa are in and of themselves just absurd. She has adopted the narrative of the Neocons who want war and the net result of her statements is supporting the division of the world economy pushing us ever closer to World War III which may begin in 2023. Poland’s reserves will NOT last forever.