Boris Johnson’s Stupidity – Who is the Only Statesman Standing?

Russia TV called out Borris Johnson for threatening to launch nuclear weapons against Russia. As they aptly warned that Borris has simply lost his mind that the UK is a very small island and one long-range nuclear weapon will wipe out the UK from the face of the planet. They also point out that they can simply detonate one offshore that would create a tsunami that would also wipe out the UK.

As one reader pointed out, strategic nukes and tactical nukes are different in classical terms of “strategy” and “tactics”. The long-range strategic nukes are long-range (ICBMs, SLBMs, BTW launched, etc.) and generally used for a large-scale assault, whereas tactical nukes are short-range (smaller artillery-launched) and less powerful (relatively speaking, of course). Russia could use a tactical nuke and wipe out Kyiv without destroying the entire country. That would at least shut up Zelensky and he will never get to spend the $850 million he has already allegedly stolen post-war with the blood of his own people to keep the money flowing which he is stuffing offshore in the traditional fashion of Ukrainian politicians. In the US, they go in broke and leave as millionaires. In Ukraine, they strive to leave as billionaires.

Russia is correct that just one nuke would wipe out Britain and Scotland. Just what the hell is going on here with these braindead leaders in the West is unimaginable. I spoke with a Congressman this morning and the sad state of affairs was that I was told that there is little expertise on Capitol Hill for the cold war generation seems to have retired. That is not helped when we have a senile President who seems to be rambling and will simply sign whatever they stick in front of him and needs the Easter Bunny to direct him and turns to shake hands with people who are not there. 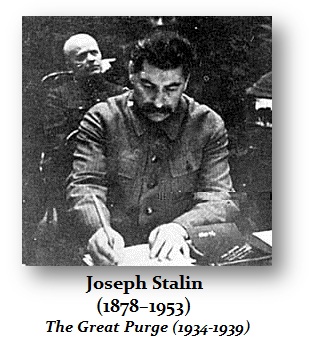 Nobody wants to discuss the fact that Kyiv sent its army to begin the Civil War against Donbas on April 15th, 2014. It was called the “Anti-terrorist operation.” I have stated that I have personally known people on both sides from Kyiv and Donestk. I have listened to the sheer hatred of Russians that stems from the days of Stalin who killed 7 million Ukrainians by starvation (see the film Mr. Jones). It is understandable that Ukrainians would hate Russians and that includes those in the Donbas. Likewise, the ethnic Russians in the Donbas feel oppressed and hated based entirely on their ethnicity. Bute the Western Neocons just hate Russians so their story of Donbas is never told in the Western press.

As I have pointed out, the Russian scholars have been debating this issue for decades trying to answer the questions (1) who is Russian and (2) what is the territory of Russia. Stalin was not Russia – he was Georgian. Lenin wanted to maintain the USSR and the Russian Empire which each state retaining its sovereignty. Stalin disagreed and demanded USSR be one country and terminated Lenin’s idea of a quasi-United States of Russia. 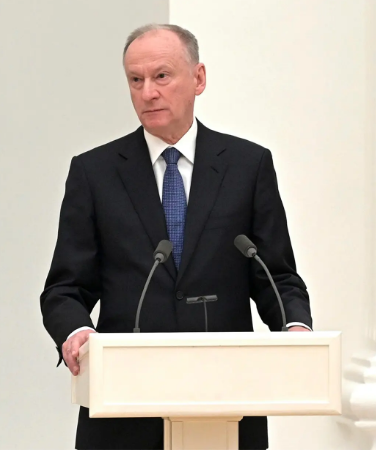 Putin has cancer and he is undergoing surgery. His number 2 is Nikolai Patrushev who is much more hard-right than Putin. I am deeply concerned that Putin may not make it to 2024 and if that is the case, these insults the West keeps hurling at Russia have not only severed all relations, and the direct phone line set up after the Cuban Missile Crisis t was to ensure that the leaders could always communicate to avoid war. Biden has virtually thrown the phone out the window.

Despite all the propaganda that demonizes Putin, those behind him are FAR WORSE for they are no different than the Neocons in America who just cannot sleep at night as long as Americans are still breathing. Our war cycle post-2024 appears to be the worse period. I fear that Putin will no longer be in charge and then we will see the real rage of Russia and how it has been treated by Biden and Europe. Russia will celebrate defeating the German Nazis on May 9th.

As Glen Greenwald pointed out on Twitter, “Noam Chomsky, in an interview this week, says “fortunately” there is “one Western statesman of stature” who is pushing for a diplomatic solution to the war in Ukraine rather than looking for ways to fuel and prolong it. “His name is Donald J. Trump,” Chomsky says. ” Indeed, in my discussions, ironically there seems to be ONLY one statement still standing and that is Donald Trump. All we have a war-mongers cheering on World War III. Not a single world leader is interested whatsoever in world peace. They have all deliberately lied about what the Ukrainians have been doing against the ethnic Russians for they have killed over 6,000 civilians in this relentless war. Nobody can now stand up and even acknowledge that Putin was not lying or that he was even the slightest bit correct. Nobody will talk about Zelensky and how he has now polarized the Middle East as well as fueled the old hatred against the Jews. If you have not noticed, the countries surrounding Israel are aligning with Russia, not the USA and the EU.

« We have Enemies Within Our Own Governments Seeking War & Agenda 2030
Why is CASH King in Times of War? »