Will there Ever be a real Investigation of Epstein’s Death? 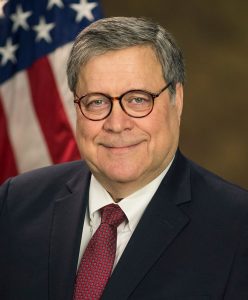 Normally, I would not credit anything an Attorney General ever had to say about any case. However, Attorney General William Barr said Saturday: “I was appalled to learn that Jeffrey Epstein was found dead early this morning from an apparent suicide while in federal custody.” The only reason I credit his statement is the fact that he has consulted with the Inspector General about an investigation after Epstein allegedly hanged himself and was found in his jail cell early on Saturday.

The FBI is questionable and only the Office of Inspector General can be trusted to investigate anything (see an investigation by OIG into the FBI).

Any investigation should NOT BE limited to the claimed suicide of Epstein. The OIG should investigate the MCC and how it is used as a tool by the DOJ to abuse prisoners all the time to ensure they retain their 99% conviction rate with the 1% being simply dead.

Another inmate who spent time in the hole told the NY Post it is impossible to hang yourself in one of those cells. There is nothing to tie sheets to and the ceiling is very low. It is not high enough to hang yourself. The lights are on 23 or 24 hours a day. The frosted glass windows offer no view of the outside world. Even the slot on each cell door is kept shut, meaning that inmates see little beyond their solitary cell that they share with another inmate.

The conspiracy spin is in full force that the Clintons were behind this one which is yet another in a long list of mysterious deaths. However, only some of the names have been unsealed so far. Prince Andrew was named in court documents unsealed from an alleged Epstein victim who claimed he trafficked her to wealthy men including Prince Andrew, lawyer Alan Dershowitz, former New Mexico Governor Bill Richardson, Wall Street billionaire Glenn Dubin, and foreign heads of state. (The men deny these allegations.) The speculation is that there are other high ranking members of Congress who also might be linked. Obviously, there may be a lot more people interested in Epstein’s silence than just the Clintons.

The alleged victims also no longer get their day in court to testify. So if they were going to describe events at Epstein’s trial, forget that. There will be no trial without charging others. So it would be very interesting if the OIG really investigated the MCC.

Oliver Brown worked in MCC and had the courage to come forward to testify what really goes on in MCC. He appeared in the movie the Forecaster even after the FBI visited him two days before the taping demonstrating that the government was tracking the movie crew. Mr. Brown submitted a declaration under oath that the courts simply passed over to protect what goes on in MCC. He declared:

“I believe that in or about early 2001, though I can no longer be sure of the exact date, I was informed by Mr. Marvin Owens, staff attorney for the MCC, of a conversation he had with an Assistant United States Attorney for the Southern District of New York.   Owens informed me that, because Mr. Armstrong held a unique status of civil condemnor, the MCC and USAO could not decide what to do with him.  Mr. Owens informed me, in words or substance, that it was decided that, despite the lack of sufficient evidence against Mr. Armstrong to prove a conviction, Mr. Armstrong should remain at the MCC in civil contempt until he relented, gave in or simply broke down and admitted to the crimes he was accused of.”

It took a lot of courage for Mr. Brown to come forward, but nobody would investigate what took place and certainly, no newspaper will ever report the abuse of human rights taking place in MCC.

Here we had exculpatory evidence withheld from the court and a whistleblower coming forward from inside MCC and my requests to the Department of Justice and the Office of Inspector General for an investigation of the tactics employed in MCC have simply been ignored. For this reason, I have little hope that there will EVER be an investigation into what is taking place in the American legal system. William Barr may be shocked, but who will ever carry out an investigation that would discredit the Justice system?

It will take an avalanche of letters from everyone to the White House before a real investigation will ever be carried out. I will be glad to testify if they ever have the guts to really investigate behind the curtain.