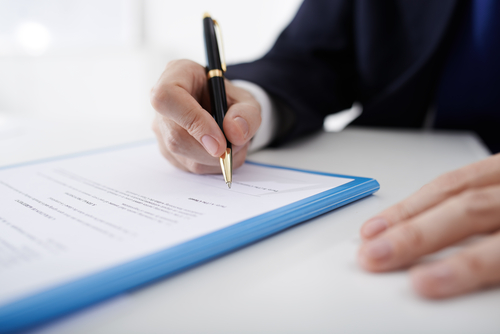 QUESTION: Mr. Armstrong, you have been silent about the border crisis that Biden seems to have created while blaming Trump claiming the people were already on their way here. It seems like he shut down the funding simply because it was a Trump initiative. Would you comment, please?

ANSWER: What Biden did was illegal. Trump made border wall construction a key 2016 campaign promise. He had to fight many battles with Congress over that bill. Interestingly, on his very first day in office, Biden used his executive authority to stop building the wall. That was ILLEGAL because Congress approved $1.4 billion for the measure as part of a $900 billion stimulus package bill to offset losses incurred by the COVID-19 pandemic. This is the problem. You will never know the real people who are running the country. They make up these executive orders, and Biden just signs them. Nobody bothered to check that the funding was authorized by Congress, which an executive order cannot nullify. Then they talk openly about giving illegal aliens citizenship, and a hoard of people are heading for the USA. You can bet that terrorists are also now sneaking in the same way.

If Congress passes a law, then the president cannot simply write an executive order that reverses the decision. What he did violated the very foundation of a republic, but the press will never challenge him on anything.