When will Epstein be found Dead? Before or After a Deal? 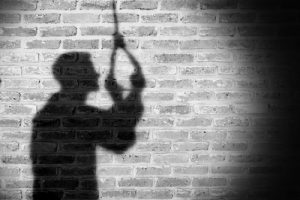 QUESTION: Do you think Jeffrey Epstein will ever go to trial?

ANSWER: NO WAY!!!!!! First of all, if the court were fair, he should be on bail where he offered to pay for 24 hrs guards, wear a bracelet, and surrender his passport. There was no way he could have fled and this would have allowed him to be safe and secure. Throwing him in MCC ensures that (1) there will never be a fair trial, and (2) he must make a deal or (3) he will be killed one way or another. Epstein will hang himself, so they will say, or be killed by a fellow inmate who will take the blame for time off his bid.

No high profile case is EVER allowed to go to trial where things the government does not want to be revealed could ever become public.  The Death in Custody Reporting Act of 2000, which collected similar data from states, expired in 2006, so it is next to impossible to get any data on even how many inmates commit suicide no less under what condition they are determined to be suicides rather than strategic murders.

Either Epstein will be found dead claiming suicide because he had remorse, or he will make a deal and then probably will be found dead of some heart attack afterward. I would be shocked if there would EVER be a public trial allowed.

Note: When I wrote this, there was no news yet. Subsequently, Epstein was found nearly dead in his cell with injuries to his neck. They are refusing to explain what took place, as always, claiming they are not certain if he was attacked or was it an attempted suicide. He is in the hole. If he was not alone, that raises questions. But once someone like this is thrown into MCC, he has little chance of surviving.