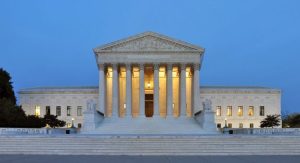 In Alaska, attorneys for 16 young Alaskans have sued over state climate change policy. They are trying to shut down fossil fuels and arguing their case before Alaska Supreme Court justices. They are claiming that state policy, which promotes fossil fuels, violates the constitutional right of young Alaskans to a safe climate. They are claiming that human-caused climate change will be catastrophic unless atmospheric carbon dioxide declines.

If they have a constitutional right to a safe climate, which has never been defined and they could never prove is human-induced, then I should have a right to be free from Marxists trying to shut down airplanes, cars, and the industrial revolution. That is a denial of my right to be free from their subjugation. They simply want to seize the economy and impose central control all over again. They are communists using climate change as their excuse.