USA Declares it is not Subject to International Law 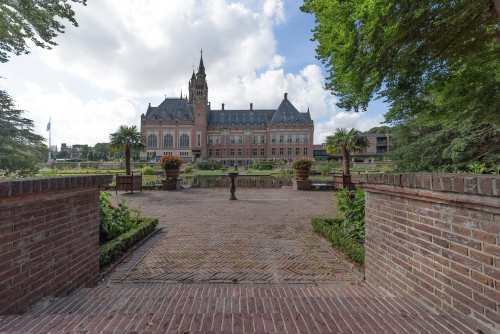 The United States is on a major confrontational course with the International Criminal Court (ICC) in The Hague. The White House National Security Adviser, John Bolton, threatened entry bans and other sanctions against court judges and prosecutors if they dare to try to prosecute any US citizens for an investigation into possible US war crimes in Afghanistan. Bolton made it very clear that the United States would NEVER cooperate with the Hague Tribunal and it regards the international court as an “illegitimate court” for the ICC is only good when it prosecutes non-Americans for war crimes.

Indeed, Bolton virtually declared war on the Hague and said that the United States and Israel, with other allied states, would put immigration bans on judges and prosecutors of the ICC, and it would also freeze any potential assets of Hague lawyers in the United States.

Part of the issue is their interpretation is begin expanded as to what is a crime of aggression. According to the ICC, “crime of aggression” means the planning, preparation, initiation or execution of an offensive action that by its nature, severity and scope constitutes a manifest violation of the Charter of the United Nations by a person who is actually capable to control or direct the political or military action of a state. In other words, the USA could not invade Syria or Iraq for that matter.

The USA, Russia, China, Israel, Turkey or India are not contracting states of the ICC and thus are not covered by the jurisdiction of the ICC. The USA is fine with prosecuting everyone else, but it will not allow the ICC to investigate Americans in its court system or to prosecute anyone in the U.S. government.

« Joe Biden – Give Me Money To Defeat Trump & Conspiracy with Deep State?
Is the Allegations Against Kavanaugh like the French False Trial of Child Abuse? »