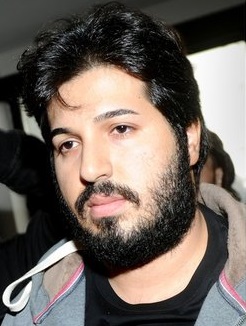 The USA is once again abusing international law. It is a rare event when I find that I actually have to agree with the head of Turkey about anything, but Recep Tayyip Erdogan is absolutely correct. The prosecution of the Turkish Gold Trader Reza Zarrab violates every principle of the rule of law. 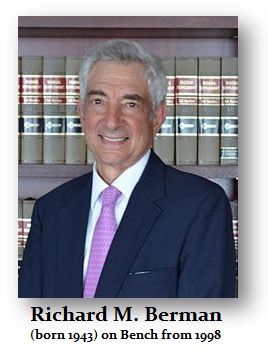 Mr. Zarrab’s lawyers had asked the judge, Richard M. Berman of Federal District Court, to dismiss the indictment, calling the government’s case “unprecedented” and “a prosecutorial overreach of the first order.” This classification is absolutely correct. Judge Berman rejected the defense arguments claiming the indictment was proper. Judge Berman is just another bought and paid-for Judge in New York who just cannot bring himself to ever rule against the government. He wrote: “The dismissal of an indictment is an ‘extraordinary remedy’ reserved only for extremely limited circumstances implicating fundamental rights.”

The case of Mr. Zarrab, who has pleaded not guilty and this is a classic case of the USA trying to apply its law globally ignoring international law and territorial jurisdiction.  Justice Scalia delivered the opinion in ROBERT MORRISON, et al., PETITIONERS v. NATIONAL AUSTRALIA BANK  LTD 561 U.S. 247 (2010) that stated clearly that there was a presumption AGAINST extraterritorial jurisdiction of US law. Even if Congress imposes sanctions on Iran, Russia, or North Korea, there is NO possible foundation for the USA to prosecute anyone in another country for violating its sanctions.

Under this principle, any country could pass a law saying they are making it a criminal act to deal with Canada. They then could prosecute any American who dared to travel to their country. Can you imagine if every country engaged in writing laws to punish people in other countries for dealing with someone they are in a political dispute with?

If Turkey agreed to US sanctions against Iran, then it is Turkey who has the jurisdiction to prosecute the act of its citizen in its territory. This is an example of how the Rule of Law is completely collapsing and it is highly dangerous for you certai9nly will not find a New York Federal Judge who will ever say no to a prosecutor.

It is a “longstanding principle of American law ‘that legislation of Congress, unless a contrary intent appears, is meant to apply only within the territorial jurisdiction of the United States.’ ” EEOC v. Arabian American Oil Co. , 499 U. S. 244, 248 (1991) (Aramco) (quoting Foley Bros., Inc. v. Filardo ,336 U. S. 281, 285 (1949) ). This principle represents a canon of construction, or a presumption about a statute’s meaning, rather than a limit upon Congress’s power to legislate, see Blackmer v. United States , 284 U. S. 421, 437 (1932) . It rests on the perception that Congress ordinarily legislates with respect to domestic, not foreign matters. Smith v. United States , 507 U. S. 197 , n. 5 (1993). Thus, “unless there is the affirmative intention of the Congress clearly expressed” to give a statute extraterritorial effect, “we must presume it is primarily concerned with domestic conditions.” Aramco , supra, at 248 (internal quotation marks omitted). The canon or presumption applies regardless of whether there is a risk of conflict between the American statute and a foreign law, see Sale v. Haitian Centers Council, Inc. , 509 U. S. 155, 173–174 (1993) . When a statute gives no clear indication of an extraterritorial application, it has none.