US Feds to End Private Prisons 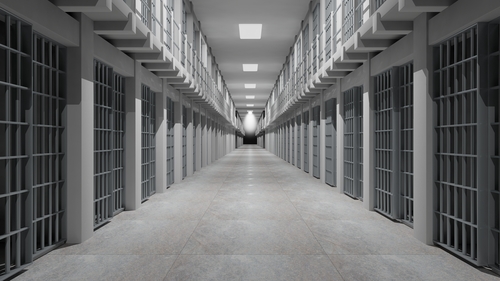 The idea behind private federal prisons was to save money, but they did not. They billed the government the same and now they are losing their business. The US Justice Department has announced that it will phase out its use of privately owned prisons. They are citing safety concerns because of investigations that revealed rampant abuses with dozens of deaths stemming from substandard care and widespread medical neglect. Contracts with the 13 private prisons will be allowed to expire over the next five years.

The stock of Geo Group collapsed from almost $33 to under $20. The reason the Fed’s really went to private prisons was because the guards were then not government employees so it changed all the legal rights. They would have been subject to Freedom of Information Act (FOIA) requests on how they treated inmates, but after private prisons, suddenly, there were no FOIA requests since the guards were not government employees.

The Supreme Court recently declared that private prison companies who operate federal facilities cannot be sued by inmates for constitutional violations. Inmates can still sue the individual officers, but the court would not extend the protection to include the corporation — a much more lucrative proposition. In Richardson v. McKnight (1997), a prison inmate sued two guards at a prison in Tennessee that had been privatized. The plaintiff alleged that the guards had deprived him of a right secured by the Constitution. Hence, the plaintiff alleged that the guards were liable to him under 42 U.S.C. Section 1983. The district court held that the guards were not federal employees so they did not qualify for immunity and the court of appeals affirmed. However, the case went to the Supreme Court. There, Justice Breyer delivered the opinion of the court and noted several distinctions between government and private agents. He noted that government agents typically work within civil service rules that provide them some security and “may limit the ability to punish individual employees.”

However, firms in the marketplace face pressure to encourage sound decision-making. Also, firms do not have to contend with civil service restrictions — thus they can use inducements (carrots and sticks) to motivate employees. Thus, immunity would not improve the quality of decisions made by firms and agents. They assume giving government employees immunity is a good thing that improves “quality” rather than the reality that it removes the fear of going too far. Hence, police can kill anyone and get away with it 99% of the time.

Ultimately, in Richardson v. McKnight, the Supreme Court held that employees of private firms could not invoke the immunity defense available to state government actors. The court recognized that the incentive structure differs between government and private providers. They noted that private firms seek to maximize profits, which involves minimizing costs. Without meaningful oversight, the court argued that firms might engage in harmful activity to either increase revenue or lower the costs. Thus, liability rules are necessary to discourage such behavior.

The government also cheats people to save money. The court pretends this does not happen and simply assumes that government agents always act in the “public’s” best interest; thus, to ensure that the public’s interest is carried out properly, immunity should be granted like in Hillary’s case.

On November 27, the U.S. Supreme Court refused to hold corporations under contract with the federal government liable for constitutional violations in Correctional Service Corporation v. Malesko 122 S.Ct. 515 (2001). The case involved a federal inmate and a private contractor with the U.S. Bureau of Prisons (BOP). So, you could not even sue the company who operated the prison for murder. Only the guard could be charged.

Hence, private prisons are going away, at least in the Feds. In states, they can do as they like with impunity.