QUESTION: I heard that several coin dealers conspired with the government in hopes of getting all the coins you ever had. Is that also something the Supreme Court will rule on?

ANSWER: I am sure there are always people who would conspire against their own mother for a buck. I believe that one dealer bought stolen coins and then tried to sell them 20 years later. I would not say he conspired with the government, but against the government.

The government was ordered to reply by December 2nd. They asked for an extension and were granted until January 2nd. They then said they could not make that deadline and were given yet another 30 days. So they will have to respond by February 2nd, we get a reply, and then the decision to hear the case will be made in early March. 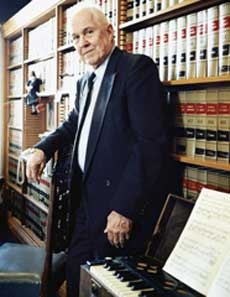 The way this works is that the government does not respond to petitions to the Supreme Court for they get thousands. They respond ONLY to cases the Supreme Court is interested in taking which the Court then orders them to respond. Central to the case is the fact that they used a civil parallel case filed after the first case and then used that to intervene and disrupt the parallel case. Judge Owen was notoriously biased. I doubt that many other judges would have done what he did.

The Supreme Court has ruled that before a single court, what they did to me, 240 employees, and my family would have been unconstitutional. So the question is really if a single court cannot act in this manner, then can the government use a parallel case to do what is illegal in a single court?

Then there are numerous Supreme Court cases they just ignored.

(held the SEC never had jurisdiction outside the USA)

(holding that if someone is denied the use of their funds to defend themselves, the judgment is automatically vacated because it is a structural error)

These are only three of the Supreme Court decisions that have been just ignored in my case because it became political. There are several others that were also ignored.

I understand there are people who point their finger at coin dealers, others at prosecutors, others at the CIA, and still others in Japan at their own government because I was not Japanese as they are doing to the head of Nissan. I do not believe it was the CIA. It was not instigated in the USA but on letters from the Japanese government that clients there believed were an intentional error claiming there was $10 billion outstanding when it was $1 which they then corrected only after everything began.

There is plenty of blame to go around. If the Supreme Court takes the case, it will be a watershed decision that will help so many people who are being abused by the SEC and CFTC. The Grupo decision clearly states that the equitable power of a federal court is confined to the known remedies as they stood in 1789 without statutory authority. The SEC never had any statutory authority to even create a receiver until 2010 when Congress finally granted that authority. So there was never any authority for a receiver either back in 1999.

If the Supreme Court takes the case, and they just affirm their prior decisions, the outcome will be very interesting. Even HSBC, who I believe conspired with the government to steal $400 million of profit in the notes, may find themselves liable for all the funds lost by 240 employees. Anyone else who conspired with the government may suddenly find themselves on the opposite side of the table which may include the receiver and his law firm.

« Netherlands Supreme Court Rules They Must Reduce CO2 by 25% by end of 2020!
Has Schiff Abused the Power of Congress? »