Supreme Court Yields to Deep State & Loses all its Integrity

Sidney Powell’s filings at the Supreme Court for Georgia and Michigan were given a response date of January 14th which means they then claim it is untimely and Biden will be sworn in on the 20th. Once again they are using procedures to avoid the issues raised and are now protecting the Deep State.

Meanwhile, Arizona and Wisconsin were immediately rejected by the clerk without explanation. This is really now treason against the United States. This is time that the Judiciary Act of 1925 MUST be presented as unconstitutional. Every Supreme Court Justice takes two oaths and they MUST defend the constitution. Claiming they have “discretion” means they no longer need to defend the constitution and they have left the country in the same position as for the civil war. Instead of ruling for or against which would at least raise the hope of claiming the storm, they have left the people to sort this out by nothing but violence which our computer has been projecting. 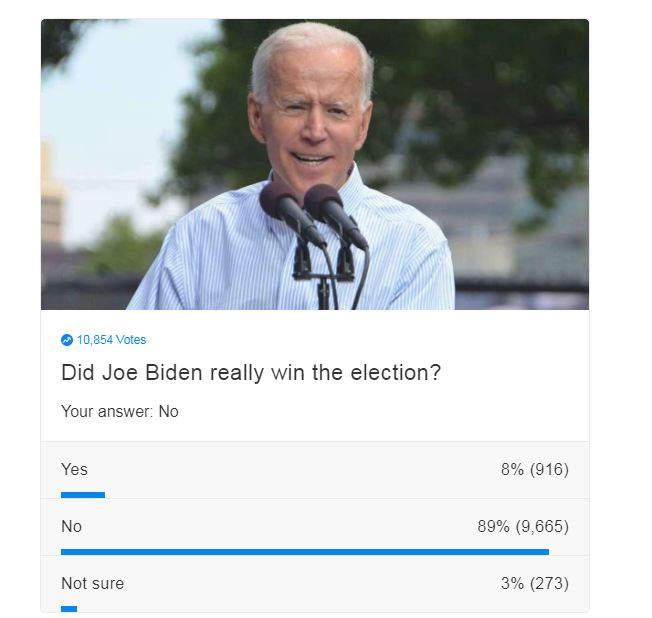 In an internet poll asking did Biden win, the responses are so skewed to “NO” it is indicative of what we will face. This is an international disgrace and the Supreme Court has shown it no longer can be trusted to defend the Constitution. If Trump is wrong, then just rule that way and end the rising hostility. Avoiding this issue that confirms we even have a real right to vote is a confirmation that the Supreme Court is no longer valid.

It was the Supreme Court that created immunity for police, politicians, and prosecutors along with judges out of thin air claiming they could not do their job if they could be sued. The Entire Black Lives Matter movement has been played for fools. The Democrats could have passed a law removing that immunity in 15 minutes. Instead, they have exploited the racial tension for political purposes and allowed the defunding of police to take place instead of correcting the wrong created by the Supreme Court. 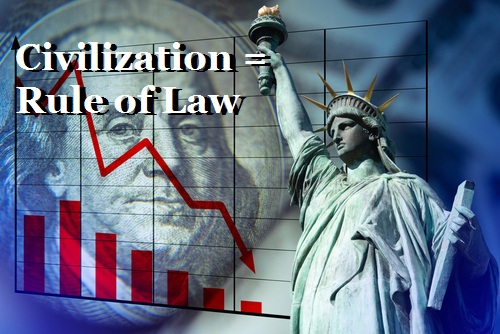 Civilization cannot exist without the rule of law. The Supreme Court could have easily ruled it was insufficient evidence to show there was a fraud and this the election thus stands. Avoiding the issue indicates that they did not want the evidence to surface and are thus also conspiring against the people to end our liberty which was granted by the Founding Fathers. Refusing to rule can no only be seen as not wanting to address the evidence because it is serious. For the left press and the Democrats to even claim there was no fraud is a blatant lie. EVERY election has fraud. Dead people have been voting all the time. The honest thing to say is that the fraud DID NOT rise to the level of changing the outcome. That would at least be an argument. Claiming this is no fraud is a cover-up.

History will mark this decision, like Dread Scott, that in the absence of the rule of law, there is no government remaining and we are not the “people” but just the Great Unwashed. They are ruling against democracy just as John Kerry said. Trump appealed to “populism” and Kerry expressed it best for how the elite thinks of us:

What’s next? The Supreme Court will rule against the Second Amendment claiming the Founding Fathers were drunk and never intended to allow the Great Unwashed to possess any guns to prevent a revolution? After these maneuvers, the Supreme Court has lost all its integrity. The courts in America have become part of the Deep State.

« Electoral College Challenges are Routine
Should the Supreme Court be Sanctioned? »