Supreme Court has Accepted My Petition Against the Government 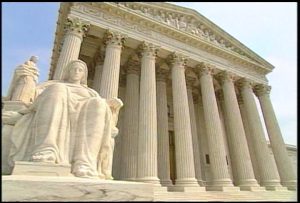 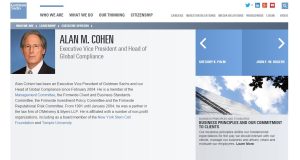 At the World Economic Conference, I announced that I had petitioned the Supreme Court after discovering in 2017 that despite the fact that the old company Princeton Economics International Ltd (PEI) had been closed back in 2009, the receivership was covertly continuing to take fees without my knowledge. How can a judge approve fees for 20 years when the bank pled guilty and repaid everyone back in 2002? 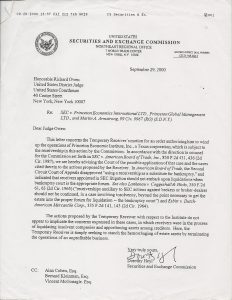 The Receiver, Alan Cohen, had been running PEI from inside Goldman Sachs. My objection that this was a conflict of interest was always ignored. Since Cohen left Goldman Sachs and became one of the top people in the SEC to ensure various legislation, he could no longer pretend to be the “impartial receiver.”

The SEC had even filed a letter when the Receiver sought to stop the domestic company from publishing research and to fire all the staff. They pointed out that receivers were not allowed to liquidate companies, but they pointed out that the company was not bankrupt and there was plenty of money. They have bled those assets dry for 20 years.

This merely illustrates the problem with New York. When I asked a New York lawyer why no banks are ever charged in New York, even when they blow up the entire world economy, he merely smiled and laughed. His response: “You don’t shit where you eat!” The problem with that is the image of the United States has been tarnished greatly. How can you deal with any bank in New York City if there is no rule of law because the courts protect the bankers? 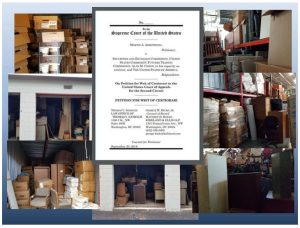 Suddenly, I received a notice that the receivership was to be shut down in 2017. To my complete shock, all my original research and library, which was supposed to have been returned to me, was still in storage. The government REFUSED to return my materials despite a prior court order that stated even the SEC was supposed to assist me to get all my personal materials back. They just REFUSED to comply.

The Supreme Court has made several rulings, bluntly ruling that what was done to me was illegal when carried out by a single court. In my case, they actually used a parallel court to invade the other and strip my lawyers to prevent any sort of a trial. They have been milking the excess funds in the receivership for 20 years. Instead of compelling the bank to return the money they illegally had taken, the receiver sold the notes to HSBC who then redeemed them and had to pay only $606 million due to the change in the Japanese yen. HSBC pocketed nearly $400 million in our profits as part of HSBC’s Criminal Restitution. Only when HSBC had to pay the criminal restitution did the government correctly inform the court the transactions were in yen and not dollars as they had told the press in my case. They always count on the press just repeating whatever they say and the press NEVER investigates or ever questions what the government prosecutors do. That is why they abuse the law for political gain and political persecutions because the press looks the other way and does not do its job.

As the petition outlines, virtually every other circuit outside of New York has honored the Supreme Court’s prior rulings and outlawed what was done to me plain and simple. New York has refused to recognize any rights that are honored in every other court in the country. When my case began, my lawyer Richard Altman who they took away warned me that New York practices law differently than the rest of the country.

If the Supreme Court grants cert this time, we are looking at a major case that will most likely vacate the rulings and hold that since it is illegal for a single court to strip you of your lawyers, then it will be illegal to use a parallel court to invade another court and do what it itself cannot do. 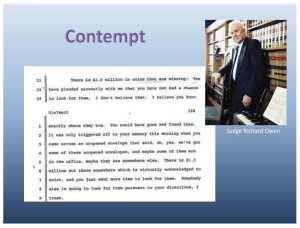 With respect to being held in contempt for $1.3 million for English and Scottish coins that I could not find, even that has come up with a new twist. The judge held me in contempt saying he did not believe me, claiming he thought I knew where they were. I had clients willing to put up the $1.3 million in cash for bail and he denied bail. To be held for $1.3 million on a billion-dollar case was .0013%. That was absurd, but they had to prevent a trial. There was no way they would allow a trial after the bank had taken the money. I had no restitution and the bank simply repaid the money. The contempt statute for civil contempt is 18 months. Judge Richard Owen kept rolling the contempt every 18 months and kept me there for nearly 7 years without any trial. Despite all of these facts, nobody in the mainstream press would ever report the truth and always supported the government no matter how outrageous they acted. 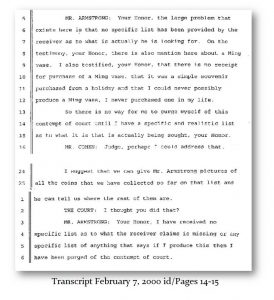 To be held in contempt, you are supposed to be given an order which specifically states what it is you are to produce to regain your liberty. I stood up in court and asked where is this order. The receiver Alan Cohen admitted he never produced one and said he would take photos of what he found and I could make the list of what was missing from prison. Naturally, he never even provided any photos either. 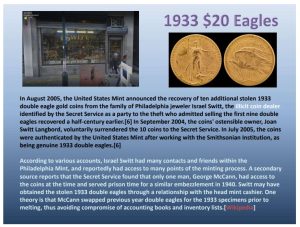 The coins I could never produce turned up when a dealer in Philadelphia bought the missing coins for $6,000 in cash over the counter and then tried to sell them through an auction house in Texas. This is the same firm that was involved in trying to sell the stolen 1933 $20 gold coins from the US Mint in Philadelphia, which the Court of Appeals ruled was the property of the US government all along. I was held in contempt to turnover these coins, and yet someone else had them. I could not have possibly produced them to restore my freedom.

Phase II: the Supreme Court should grant Cert after the government responds and they will probably hear the case in the spring of 2020.