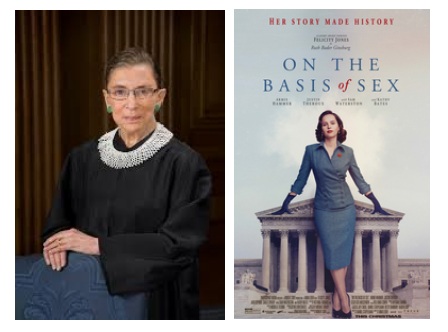 Supreme Court Justice Ruth Bader Ginsburg, the second woman to sit on the Supreme Court, died Friday of cancer after more than a quarter-century on the court at the age of 87. I must say, that our  Nation has lost indeed an honest jurist of historic importance. I agreed with much of her decisions and her heart was in the right place. I do owe my life to her for she stood against the abuse of the New York bankers who own the New York Federal Court in Manhattan. She argued to accept my case in the Supreme Court and the government could not justify how they could keep someone in civil contempt, denied lawyers, trial, or any Due Process rights whatsoever indefinitely when the statute that governs civil contempt, 28 USA 1826, restricts such imprisonment to 18 months maximum. The records show they were rolling the contempt every 18 months to pretend it was legal when Congress limited it to one time. When the Supreme Court ordered the government to respond, they suddenly released me and went back to the Supreme Court and said I was released so the case was “moot” and need not be heard.

I disagree with CONSERVATIVE judges who are rubber stamps for the government and ignore the rights of individuals because the government must always be correct. This is why fair trials are a thing of the past. The conviction rates in America have exceeded the most notorious court of Adolf Hitler who had a 90% conviction rate reaching 98-99% conviction rates with 1-2% dead – i.e. Jeffrey Epstein. They tried to kill me. I was in a coma for nearly a week. But to their dismay, I survived. Sometimes you just must stand for what you believe even in the face of death.

I believe in Strict Construction. If it is not in the Constitution, judges have no right to create law. Immunity for police and prosecutors is not in the Constitution and in fact it was listed among the grievances in the Declaration of Independence as practiced by the English King. All the abuse of police and prosecutors is because the court created immunity out of thin air. That is just one example.

I will always have respect for Justice Ginsberg. I believe the way law is interpreted also needs serious revision. I highly recommend the movie on her which revealed her character – On the Basis of Sex. I respect that she stood for what she believed against all odds. It is far better to die with dignity, then to die cowering in a corner clinging to your last breath.