Mueller was just not Credible 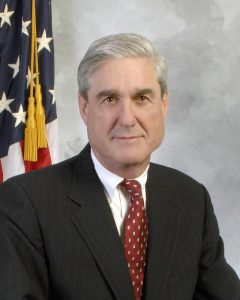 ANSWER: You are correct. Mueller claimed ignorance. He was paid millions of dollars to investigate Hillary’s accusations based on the Steele Dossier but then claimed he never heard of the company that created that dossier. It is just not credible. If you are the head of such an investigation and you produce the 448 pages report, you should know everything from at the bare minimum a broad overview. He refused to implicate Hillary or the Democrats. This was purely political. Here is the transcript:

CHABOT: –Let me just help you–

CHABOT: –It was. It’s not–it’s not a trick question or anything. It was Fusion GPS.
Now, Fusion GPS produced the opposition research document widely–widely known as the Steele dossier. And the owner of Fusion GPA was someone named Glenn Simpson. Are you familiar with that name?

MUELLER: This is outside my purview.

CHABOT: Okay. Glenn Simpson was never mentioned in the 448 page Mueller report, was he?

MUELLER: Well, as I–as I say, it’s outside my purview and it’s being handled in the department by others.

« Epstein Held in New York Version of Guantánamo
Google Steered its Searches to Get Hillary Over 2.6 Million Votes in 2016 – More Interference than Russia »