Mueller Trying to Take Down Trump – Will He Create Civil War?

Prosecutors are really no longer able to prove cases without what is commonly called a “rat” who will take the stand and say whatever the prosecutor directs them to do. They always charge conspiracy because they do not have to actually prove you committed any crime. They threaten someone else to testify against you who swears you intended to do someone or they did something and you told them to do it. It becomes just he said she said affair with no actual proof just innuendo. Conspiracy is the most abusive crime that has filled prisons without ever proving anything.

In a mob trial in New York, a defendant moved to get his phone calls from inside prison that is all recorded. The prison (MCC) made the mistake of giving him the phone calls of a co-defendant who would be testifying for the government against him. To my shock, when we listened to the tapes, here the prosecutor was asking the “rat” to testify against someone else. The rat responded that he did not know that guy. The prosecutor then said: “By the time I am done, you will know him as your brother.” The tapes were given to Judge Kaplan who held that the tapes referred to another case and refused to deny a motion to prevent the “rat” from testifying.

There was another encounter with how the prosecutors knowingly win cases by presenting fake evidence. There was a 23-year-old good looking Spanish kid by the name of Manny. He had asked me to write a remorse letter for him at sentencing. I asked him what did he do? He said he killed two people and went back to his cell to get the pictures. He had stuck a shotgun in the face of a guy and blew his head apart like a pumpkin. I was totally shocked. I did not know what to say. I asked him why did he do this. He said he just wanted to see what it felt like.

Later, the two people Manny testified against I encountered and they were endlessly talking about this guy “Crazy Manny” who testified that he had to kill these two people because these guys threatened to kill him if he did not. They got life +20 years and Crazy Manny got early release.

Criminal Conspiracy is the most dangerous statute ever crafted which allows the turning of one person against another with no hard evidence. It has been widely criticized for decades, but the government will never abandon this tyranny for they would then have to actually prove a crime, which they no longer seem to be capable of doing when they don’t have to.

In 1922, Harvard Law wrote: “A doctrine so vague in its outlines and uncertain in its fundamental nature as criminal conspiracy lends no strength or glory to the law; it is a veritable quicksand of shifting opinion and ill-considered thought.” 35 HARVARD LAW REVIEW 393, 393 (1922).

This is what Mueller is now conspiring to do to try to take down Trump. He cannot prove there was any collusion with the Russians, but why do we let facts get in the way? CNN, Washington Post, New York Times, POLITICO, and others have all reported that Mueller’s indictment as if it was a proven fact. They are all salivating over the idea of now threatening people with life in imprisonment if they do not say whatever Mueller demands. 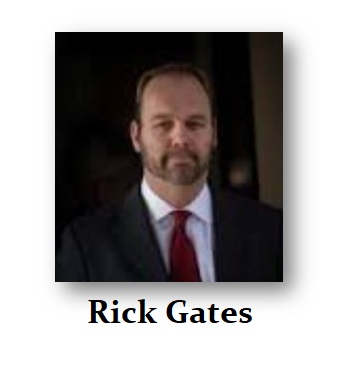 Now, Trump’s former campaign manager, Paul Manafort, is Mueller’s target to try to convert him into a “rat” or formally known as a cooperating witness. Mueller has been unsuccessful so far so now he is going after Rick Gates threatening him with prison time to testify against Manafort. If Mueller’s investigation can get Manford to testify to a script written by Mueller, then he can take down the White House and set the stage for the complete collapse of Western society.

Mueller is now offering a deal to Gates who cannot take down Trump, but he will use him to take down Manafort to threaten him with 30 years+. In turn, he hopes to get Manafort to then seek a deal and flip becoming a “rat” to take down the White House and Trump. Mueller is trying to overthrow Trump to restore the full tyranny of the bureaucracy.

There is the real risk if Mueller takes down Trump. This will by no means restore the system to where it was before Trump. We have crossed the Rubicon and Trump beat 17 career Republicans and if you eliminate California (widely suspected of voter fraud) Trump beat Hillary in the popular vote nationwide. Taking down Trump is more likely going to spark civil unrest and a movement toward civil war even by 2021. The Trump supporters will view this whole thing as a conspiracy against the people and Democracy.