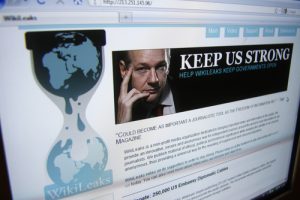 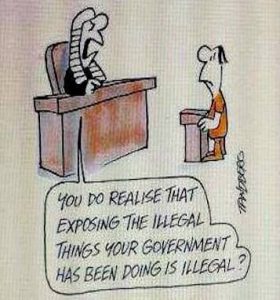 Julian Assange of WikiLeaks was charged with conspiring to obtain national security secrets in what prosecutors have described as one of the largest compromises of classified information in U.S. history. They filed 18 new charges against Assange, which include allegations that he aided and abetted former Army intelligence analyst Chelsea Manning’s efforts to leak classified documents to the anti-secrecy group. Prosecutors alleged that Assange did so with reason to believe that the information would be used to injure the United States or help a foreign country.

The charges include one count of conspiracy to receive national security information, seven counts of obtaining it, nine counts of disclosing it and one count of conspiracy to commit computer intrusion. They also have argued that Assange also revealed the names of intelligence sources in Afghanistan, China, Iran, Iraq, and Syria. Naturally, they would love to imprison him for life, but will probably give him a number like 50 to 80 years so he remains there until he dies.

Assange was not charged for simply receiving classified documents like a journalist. They claim that no responsible journalist would release the classified names of intelligence sources. Therefore, they are seeking to distinguish him to avoid any claim of a journalist and First Amendment rights.

« Congress v Trump – Have They Destroyed the Constitution?
The International Criminal Court the US Refuses to Recognize »