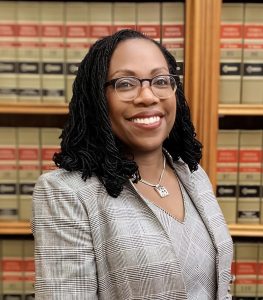 House Minority Whip Steve Scalise said Speaker Nancy Pelosi has no grounds to withhold the articles of impeachment from the Senate. He said on Fox News Sunday.: “It’s her duty to turn it over. It’s not some mechanism she can control.” The Constitution is very clear that Pelosi is abusing the process by refusing to send the articles of impeachment to the Senate. She is waiting for the courts to compel White House counsel Don McGahn to testify, who defied a subpoena from the House Judiciary Committee. His testimony regarded Robert S. Mueller III’s investigation into the Russia scandal implying an obstruction of justice. Pelosi knows that the articles of impeachment are a joke. They also open the door to call Joe Biden to testify in the Senate which he has said he will refuse to comply with any such attempt.

The case was heard by Judge Ketanji Brown Jackson who just happened to have been interviewed as one of Barack Obama’s potential nominees for the Supreme Court vacancy created by the death of Antonin Scalia. Cases are assigned in the backroom by clerks so the process in a civil case is not transparent, which raises even more questions about the politics behind the curtain in this coup against Trump.

Judge Jackson in the district court in Washington ruled that McGahn must testify and that the Justice Department’s argument “is baseless, and as such, cannot be sustained.” The judge ordered McGahn to appear before the House committee and said her conclusion was “inescapable” because a subpoena demand is part of the legal system and was not the political process. This is questionable for even an impeachment is not a judicial process by political. Nonetheless, she ruled that “per the Constitution, no one is above the law.”

Judge Jackson further wrote in a 118-page opinion no less in short order, that “the President does not have the power to excuse him or her from taking an action that the law requires.” Yet Congress does not have judicial power nor is an impeachment a criminal trial with the full protections of Due Process – it is political. Judge Jackson further wrote: “Fifty years of say so within the Executive branch does not change that fundamental truth.”

The Democrats are holding back the articles of impeachment knowing they are bogus and political in hopes of forcing McGahn to testified to change the charges to obstruction of justice. Following this decision that appears to be very political, the Justice Department filed a notice of appeal and asked the court to stay Jackson’s order until the case is resolved. Judge Jackson granted the stay issuing just a one-paragraph order stating that her grant of a stay “should not be construed in any way as a ruling on the merits.”

As the case now moves up to the U.S. Court of Appeals for the District of Columbia, it is only the second time in history that any court has ordered a senior presidential advisor to testify before Congress. In the previous case, a federal judge similarly found that former George W. Bush White House counsel Harriet E. Miers could not ignore a House subpoena. That case was settled before an appeal was decided, so there is no appellate decision or Supreme Court precedent on this matter.

Make no mistake about it, Trump is not impeached until the articles of impeachment are sent to the Senate. Pelosi has no constitutional power to make any demands from the Senate. She is seeking to paint the picture that Trump will not be removed from office and use that as a campaign issue claiming it was biased despite the fact she ordered all Democrats MUST vote for impeachment. She has been hoping to compel McGahn to testify and then stretch the impeachment out closer to the election for political advantage. She also hopes that McGahn will lead to an obstruction of justice change to compel Trump to leave the office.