Jeff Zucker & Jeff Bewkes Should Stand Trial for Conspiring Against the United States For Corporate Profits – Enough is enough!

Project Veritas, which CNN and others try bad mouthing, has caught CNN’s Supervising Producer admitting (1) they are on a witch-hunt against Trump, and (2) they constantly bash Trump with Russia putting the entire world at risk of war simply to make money. They treat their viewers as idiots who lack enough intelligence to distinguish the truth from propaganda violating even the fiduciary duty and public trust they must maintain as directors of a public corporation.  CNN has become the source for misrepresenting implicitly that Trump won office only with Putin’s help.

The CEO of CNN, Jeff Zucker, is a very dangerous man who is violating federal law pursuing money and to hell with ethics, God, or the country also violating the security laws that every other director of a public corporation must maintain or face 25 years in prison. Trump has made CNN because he has been their number one story – relentlessly. Zucker has lost all credibility but he loves it and Time Warner is becoming a really dangerous propaganda corporation since Zucker is the true face of just how unethical Time Warner has become. If a drug company made false claims about a product just to make money, they would be in jail. So why not Time Warner? 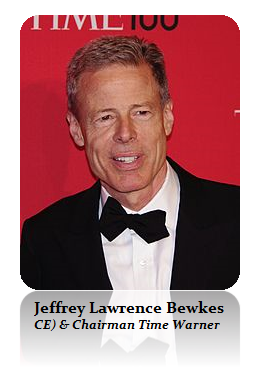 The New York Times wrote how Trump has made CNN and Jeff Zucker has the audacity to boast about their fake news bias: “We actually have a personality now that people either hate or love, whereas we used to be a little more milquetoast in their minds.” Zucker does not care about honor, dignity or ethics no less reporting the news – just money. Forget the bankers, this is the guy who will kill your children to create a war all for ratings just as Hearst & Pulitzer did starting the Spanish American War to sell their newspapers. Zucker is openly committing conspiracy against the country, the people, and brainwashing the viewers of CNN as the latest polls show from Gallup. Zucker is perhaps the most dangerous man in media for he will start World War III just to make a profit. CNN is no longer a respectable news organization and they should be banned from attending any White House press meeting.

Jeffrey Zucker is the CEO of CNN who has destroyed CNN as a credible news reporter transforming it into the American version of Pravada pouring out dangerous fake news and bias that is not just really disgusting, but threatens world stability. Low and behold, Zucker’s son, Andrew Zucker, at the age of just 15, served on the advisory board of Democratic politician Cory Booker’s startup tech firm. He was just 15 years old! All of the main news organizations, CNN, ABC, CBS, and NBC, are all linked at the very top to the Democrats. They are guaranteed to subject Americans and the world to political propaganda to further their own elite world to keep the money flowing as usual. But Project Veritas has exposed it is not necessarily a political agenda with Zucker, it is just GREED that tops the most dangerous corporate agenda and banks and violates the securities Act.

Of course, the CEO/Chairman of Time Warner Jeff Bewkes is well experienced in the field. There is no question that he has personally approved of how CNN is being run by Zucker and that clearly makes him a co-conspirator under federal law. Both men are recklessly putting the nation if not the entire world at risk of war all to make a quick buck. They are no different than any company selling a bogus product violating a countless number of consumer fraud laws both federal and in every state of the Union and most Western countries. Their conduct is unbelievable and what they are doing to society and the world is dangerously illustrated by Gallup Polls. 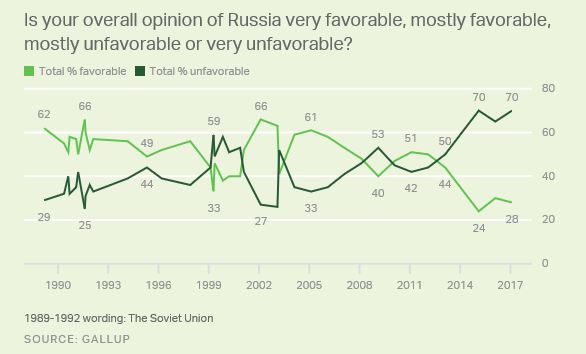 Time Warner/CNN is a major threat to world peace and Zucker is the man who will create World War III as Bewkes  pats him on the back saying great job just as Pulitzer & Hearst created the Spanish American War. The news has focused constantly on Russia so they have caused their ratings to rise substantially but at tremendous cost to the stability of the world and to foreign policy not to mention countless money being spent chasing nonsense by the taxpayer they should be held responsible to pay back.

It is time for a Senate Investigation of CNN and the restoration of the Fairness Doctrine, which was a policy of the FCC introduced back in 1949, that required the holders of broadcast news to present controversial issues of public importance and to do so in a manner that was honest, equitable, and balanced. The FCC eliminated the Doctrine in 1987. The FCC then formally removed the language that implemented the Doctrine, in August 2011. That was the birth of FAKE NEWS in America and this MUST BE RESTORED AT ONCE.

William Randolph Hearst is famous for creating the Spanish American War for profit just as Jeff Zucker is doing with CNN & Russia. The most famous legendary communication on this subject proving how corrupt journalism can be was that with the famous artist and illustrator Frederick Remington. Remington, who had been sent to Cuba to cover the insurrection by Hearst, cabled to Hearst that there was no war to cover and requested to return home. Hearst allegedly replied with, “You furnish the pictures. I’ll furnish the war.” This is what Jeff Zucker and Jeff Bewkes are now doing to the world. There should be a class action lawsuit by any family whose child suffers any injury in any military action involving Syria. Time Warner and CNN should be held responsible.

Even when Comey testified against Trump, they asked him about two stories – one on CNN and the other in the New York Times. Comey responded that both were FALSE. Three journalists at CNN resigned with probably golden parachute since the CEO of CNN, Zucker, has been the individual demanding to blame Trump and Russia relentlessly. CNN.com ran a story by reporter Thomas Frank which, according to a now-posted Editor’s Note, connected “Anthony Scaramucci with (congressional) investigations into the Russian Direct Investment Fund.” The story was false and CNN had to pretend they were being ethical for they really will do anything for money. Three journalists resigned over that and the Editor’s Note simply said: “That story did not meet CNN’s editorial standards and has been retracted.” Further, “Links to the story have been disabled. CNN apologizes to Mr. Scaramucci.” Apologies and fake resignations are not good enough. It starts at the top.

Jeff Zucker of CNN and CEO/Chairman of Time Warner and Jeff Bewkes should be arrested right now for conspiring to create international war by intentionally reporting propaganda he knows is not true and there is no connection between Trump and Putin to defeat Hillary. Zucker and Bewkes are conspiring to “[i]ntentionally cause[e] serious bodil injury” to countless people and should be put on trial to explain why his intentional fake news is not conspiring against the people of the United States. If I were President, this would be put before a Grand Jury immediately to let the people decide if he should be indicted right now.

(a)Offense.— Whoever, whether inside or outside the United States, commits a war crime, in any of the circumstances described in subsection (b), shall be fined under this title or imprisoned for life or any term of years, or both, and if death results to the victim, shall also be subject to the penalty of death.

The act of a person who intentionally causes, or conspires or attempts to cause, serious bodily injury to one or more persons, including lawful combatants, in violation of the law of war. 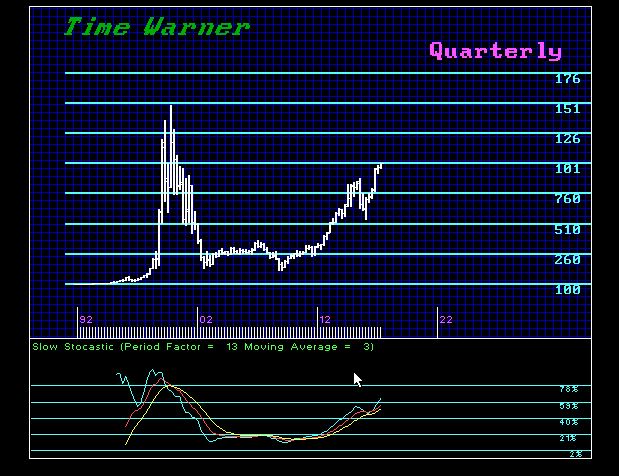 Moreover, the Bewkes and Zucker are desperately trying to manipulate their stock higher with fake news and that is “Insider trading” on a monumental scale. The revelation of this new report by Project Veritas clearly shows the two are guilty of securities fraud. “Insider trading” refers generally to buying or selling a security, in breach of a fiduciary duty or other relationship of trust and confidence, while in possession of material, nonpublic information about the security. Insider trading violations may also include “tipping” such information, securities trading by the person “tipped,” and securities trading by those who misappropriate such information.

If any director of a public corporation knowingly engages in false or misleading information to manipulate their stock, that violates the law and both Zucker and Bewkes would face 25 years in prison. They have a fiduciary duty not to engage in fake news because they hold and create the image that they honor a relationship of trust with the people of the world. They can be charged criminally in Europe, USA, and Asia under securities laws. If the USA will not do it, Europe should charge them and demand extradition. If class-action lawyers would pick-up the rug, they would realize that Zucker and Bewkes have defrauded shareholders desperately trying to get the stock back to its former highs selling fake products that would land any other public corporation out of business. It is time for the lawyers to do what government will not – clean up the press!

Zucker and Bewkes forgot they are running a PUBLIC CORPORATION! If someone pretended to have some proprietary product that gave value to a stock which was fake, it’s jail time! Why should CNN and Time Warner receive a Get-Out-Of-Jail free card? The Senate should demand a Special Prosecutor right now!