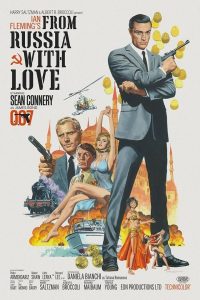 If you loved action movies, depending upon your age, then you may have grown up on James Bond films. The tagline was that James Bond had a license to kill. Interestingly, the British High Court has ruled that indeed British spies and their agents have a license to kill, just as portrayed in the James Bond Movies. They can kill in the line of duty without fear of prosecution provided they persuade police and prosecutors it was in the public interest. So the James Bond series is not altogether just fiction.

Of course, so far the count was 897 people were killed in the United States by police. On that basis, the High Court’s ruling in Britain should not be that unusual.