Is it Time to Break-Up the United States? 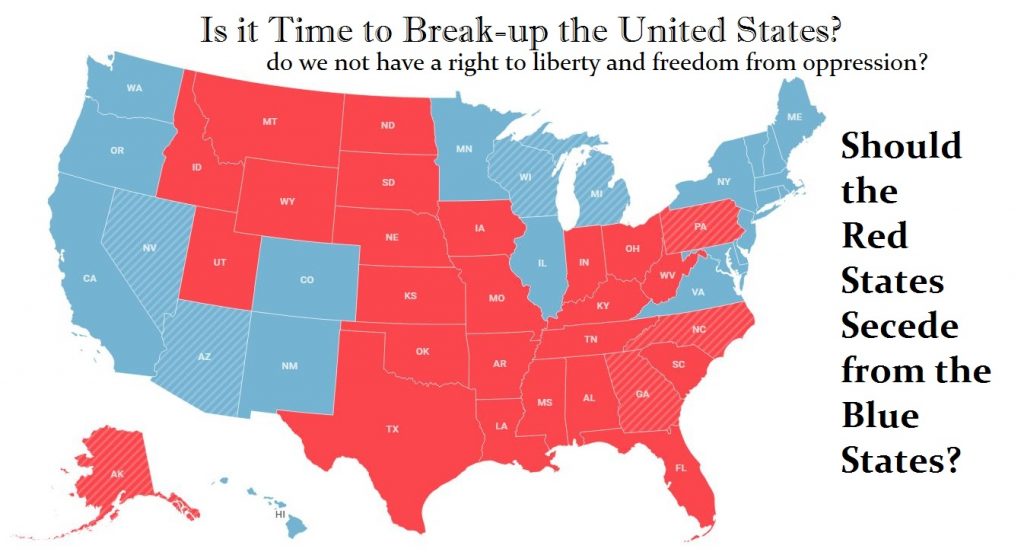 COMMENT #1: This expo I heard appeals to reason
First,, they needed the mail in ballots.
Next, the public needed to see Biden always leading, so their manufactured results would be ‘reasonable.” So, they refused to declare Florida and Texas until well after it was long obvious they were both for Trump- thus keeping Biden, always in the “lead.”
Then FOX, ridiculously declared Arizona for Biden. That was a signal
Wisconsin, Michigan, Pennsylvania immediately stopped counting. Preparing for the coup.
After Trump’s talk, the first two dumped 200, 000 votes for Biden. No mail ins for Trump.
200,000 votes more for Biden put voter activity in Wisconsin at all time crazy high of 88%
Fairy tale.
But, no surprise, because of the ongoing manipulated Biden “lead.”
Same tricks planned for Pennsylvania.
“NIce work i9f you can get it.”
DC

COMMENT #2: Hi Marty,
Just a detail, when you say that Ptolemy-II made an incest by marrying his sister, I believe that in fact since pharaohs were considered as half gods they were not allowed to marry ordinary people, so in fact ALL pharaohs were required to marry their siblings.

Since the election is obviously stolen by the democrats, and since both camps just hate each other, wouldn’t it be easier to just secede for the red states, period? In my knowledge, all US states can secede because nothing prevents it in the constitution except 2, DC because it did an urban secession and CA because its local constitution forbids it, but all others can.
Best regards.

REPLY: I knew this would be the most corrupt election in American history. You have to understand that the left is desperate and Trump has been outnumbered 10:1 on a global scale from domestic to foreign media. They have all joined this Great Reset and are bringing democracy, capitalism, and freedom to an end. I do not know what we leave our children.

As for the red states separate from the blue, I am all for that. If California threatened to leave if Trump won, the South should leave for example the opposite reasons. But the problem is that the left cannot co-exist. They must take over the world and subjugate everyone to their way of life. They are opposite to everything the United States once stood for – the Declaration of Independence. They reject individual freedom and have always maintained that the individual should be subjected to the will of the whole.

I am so glad I am not 18, and I wish I had passed in my sleep like Sean Connery so I would not have to see this subjugation of freedom. How many times do we have to defeat Marxism? How many billions of people must die for them to be happy?

PS: The Ptolemys were Greeks, and that was why they did not marry locals.

« Sharpie-gate – What is Going On?
Social Media & Press are No Longer Trust Worthy »