Epstein is no Different than Magnitsky

What is most curious is the United States accused Russia of killing a man in prison Sergei Magnitsky because he would have revealed corruption in the Russian police. Here we have the USA accusing Russia and passing the Magnitsky Act because a Russian dies in a Russian prison which is exactly what takes place in the USA all the time – i.e. Jeffrey Epstein. 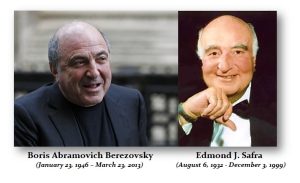 The real story is more likely that Western powers paid to have Magnitsky killed in a Russian prison for he would have exposed the attempt to blackmail Borris Yeltsin to step down which is how Putin gained office. They wanted to force Yeltsin to appoint their stooge Boris Berezovsky to run Russia on behalf of the New York bankers and the West where they could control the oil, gas, gold, and diamond markets. Magnitsky was the accountant for Hermitage Capital which was begun by Edmund Safra who was killed in Monaco and then Berezovsky apparently also felt remorse and hung himself in London after fleeing Russia.

Epstein was placed on suicide watch when he was found with marks on his neck on July 23, 2019. There were daily psychological assessments conducted on him which were standard in MCC when you are held in the notorious “hole” (10 South). But at the end the month, psychologists with the Bureau of Prisons took him off suicide watch and cleared him to return to his cell in the Special Housing Unit known as the “hole” (10 South) which takes a lot of mental fortitude to withstand. Amazing, he is cleared and then commits suicide in a cell locked down 24 hours a day?

Here we have the US accusing Russia of killing a Russian in prison before he was given a trial which is precisely the way they operate in the United States. Tulsi Gabbard took on Sen. Kamala Harris exposing her record as a prosecutor. I do not care if they are Republican or Democrat, NEVER should anyone who has ever been a prosecutor be allowed in the White House. That will end all civil liberties forever!!!!!!

Senator Harris withheld evidence that proved a man she was trying to execute was innocent. This is the type of person we want to lead any government? I have NEVER met anyone who has EVER been a prosecutor to date that has any sense of morality or conscience. Any prosecutor who has EVER done what Harris did should be sentenced to the same fate they wrongfully tried to impose on another.

« Jeffrey Epstein is Dead – Of Course on Schedule
Will there Ever be a real Investigation of Epstein’s Death? »