QUESTION: How can you support Trump when he tried to overturn electoral college votes? That’s illegal and tyrannical.

ANSWER: You are speaking out of your hatred for Trump. You should have looked at the issues rather than the people. This is not about Trump and you have just been manipulated into hating Trump so you will always support the opposite. The truth is, the Democrats in the House tried it in 2017 to strike Alabama’s votes for Donald Trump as they did regarding Georgia. Barbara Boxer tried to strike Ohio for George Bush back in 2005. If Trump does it, it is tyrannical. But if the Democrats do it, nobody says anything.

Look, Trump has not conceded because the Constitution maintains that the state legislators pick the electors, not the governor. In addition, the House of Representatives in combination with the United States Senate has the lawful authority to accept or reject Electoral College vote submissions. If there is confirmed fraud, they do not have to accept the electoral college.

To me, this entire election process is unconstitutional because there are no federal uniform requirements. This is a complete mess. No doubt you objected to the Electoral College in 2016. If we allocate the votes of California according to the popular vote, then Biden 63.5% (11,109,764) of the vote against Trump’s 34.3% (6,005,961). So it was California that put Biden over the 270 with its 55 votes. If you want a popular vote, then they should have allocated 19 votes to Trump.

I also warned that dead people routinely vote in Michigan and Chicago especially. A simple online voting system could easily be created, eliminating Dominion Voting, which was Canadian to begin with and it is cross-referenced to the tax records. If they are not filing taxes, then they do not vote. That eliminates duplicate voting, illegal aliens, and dead people. If you can buy from Amazon in a secure manner, why can’t we vote the same way? Then there can’t be allegations of fraud. 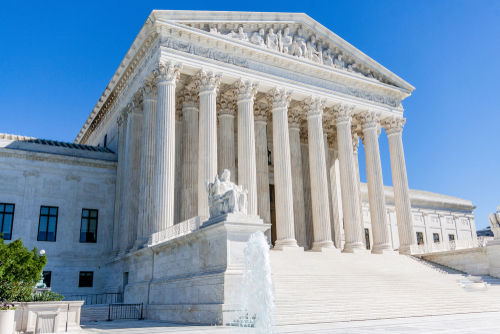 The refusal of the Supreme Court to hear the Texas case was an outrage and a disgrace to the nation and the world. Now both sides will forever claim they won and that means the ONLY solution will be violence. So, I suppose if you hate Trump that much, are you willing to risk your life in a street battle? For that day will come. Guess you better buy some ammo.