Does CNN Really Have the Right to Freedom of Speech? 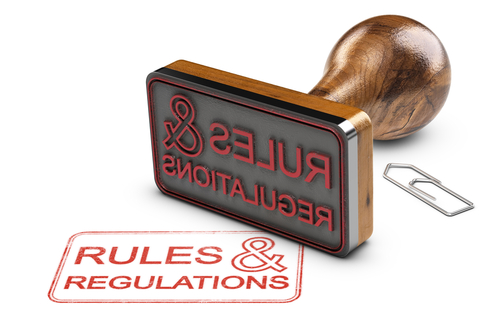 QUESTION: Mr. Armstrong; I read your article on CNN imposing a fiduciary duty upon the directors as a public corporation. I tried to search if corporations truly have constitutional rights. It seems that there is a conflict on that subject and they may not have such rights at the end of the day. Would you care to explain this matter?

Thank you for your financial and legal expertise.

ANSWER: You are correct. There is a tremendous conflict of laws when it comes to constitutional rights and corporations. My own case of contempt illustrated that conflict. I was never actually held in contempt P E R S O N A L L Y. I the individual was never held for 7 years. It was only the corporate officer since the Supreme Court deemed in 1988 that the 5th Amendment Privilege does not apply to corporate officers. Braswell v United States 487 US 99 (1988)  held “The custodian of corporate records may not resist a subpoena for such records on the ground that the act of production will incriminate him in violation of the Fifth Amendment.”

Then you have the decision in Citizens United, where the Supreme Court’s 2010 ruling allowed unlimited corporate and union spending on political issues under the First Amendment. Corporations have the right to enter into contracts with other parties and to sue or be sued in court in the same manner as individuals. Yet there is a great deal of conflict of laws regarding various rights. Chief Justice Roberts wrote in Riley v. California (1914)  that Corporations cannot be arrested and do not have “bodies” to be searched under the Fourth Amendment.

Arthur Andersen used to be one of the big five accounting firms. The government criminally charged it and put the firm out of business back in 2002 when companies were not too big to prosecute.  In 2002, the firm voluntarily surrendered its licenses to practice as Certified Public Accountants in the United States after being found guilty of criminal charges relating to the firm’s handling of the auditing of Enron, the Texas energy corporation, which had filed for bankruptcy in 2001. Arthur Anderson agreed to admit it committed a crime by shredding Enron-related documents. Yet a corporation cannot be jailed. So how can it be criminally prosecuted?

The criminal charge faced by Andersen was obstruction of justice under 18 U.S.C., Section 1512(b), which easily could have applied to Hillary’s lawyers, but Comey gave them immunity while the Justice Department put 85,000 out of work by criminally prosecuting the firm. In order to violate that section, the defendant must “corruptly persuade” someone to destroy documents. The defendant also has to intend that the documents won’t be available for legal proceedings. Former Arthur Andersen partner David Duncan pleaded guilty to obstruction as an individual.

A corporations is a legal construct that dates back to ancient Rome. It cannot commit a physical act such as obstruction of justice. So, how did Congress get past this problem when it wants to punish a company as a whole and destroy it? The government simply attributes the acts and intentions of the company’s employees to the company itself. This approach was sanctioned by the the Supreme Court which first endorsed the idea back in the 1909 case of New York Central and Hudson River Railroad Co. v. United States. When government wants to get around something, they just play with the words and reasoning. There the Supreme Court ruled that since corporations were already liable in civil cases for their employees’ bad conduct, then why no extend that rule to the criminal law despite the fact that the corporation cannot be imprisoned?

In 1886 the Supreme Court accepted the argument that corporations were people and that “their money was protected by the due process clause of the 14th Amendment.” Another example is that in Nike v. Kasky, Nike asserted a free speech ‘right to lie’, while in Sebelius v. Hobby Lobby Stores, Hobby Lobby asserted a freedom of religion ‘right’ to exempt itself from aspects of the Patient Protection and Affordable Care Act.

There are just too many inconsistencies. Either a corporation has constitutional rights fully, or it should have none. You can’t be just little be pregnant as they say.