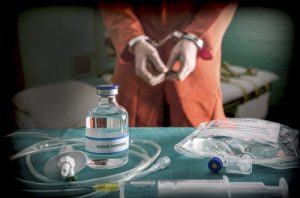 ANSWER: This entire issue of the death penalty seems to be based upon the assumption that there is no God or afterlife. Therefore, the death penalty is the worse they can do to someone. I think those that support the death penalty must fear death themselves. I think the worst possible sentence is LIFE IN PRISON, for that is a form of torture that never ends. There are people who deliberately pick fights in prison with someone they believe will kill them. I personally think if you made the sentence an option for the defendant between life in imprisonment and death, you might be surprised at how many would choose death. I certainly would. Timothy McVey told his lawyers not to appeal, and he refused to ask for clemency from the president. He would have been tortured by guards and probably inmates for life if not kept in a 5 x 10 cell in solitary confinement for life.

I do not see how the death penalty could be the worst possible sentence. I tend to subscribe to the thought of Socrates when he was sentenced to death. It is with a migration of the soul to where they see all their old friends, or it is like a midsummer night sleep so peaceful we are not disturbed by a dream. Either way that is far less to endure than life imprisonment. In this respect, I would be pro-choice.

« FactCheck.org is a Fraud & Possible Criminal Organization
Can Shareholders Bring Suit Against Dorsey for Securities Fraud? »