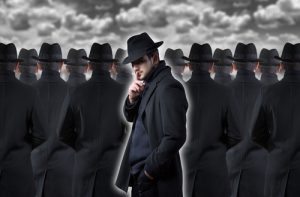 QUESTION: Are you familiar with Qanon and if so what are your thoughts.
KJF

This is again using labels very loosely. Pedophilia is a sexual attraction to prepubescent children. Ephebophilia is the primary sexual interest in mid-to-late adolescents, generally ages 13 to 17 post-puberty. Jeffrey Epstein was engaged in Ephebophilia but perhaps for reasons people have overlooked. He seems to have ensnared famous people into this act for the reason of having power over them in terms of blackmail. If he were truly a pure Ephebophilia for himself,  it is unlikely he would have been so open about it bringing in people like Bill Clinton and other high profile people.

Epstein is dead BECAUSE he would have implicated so many people and most likely the prosecutor did not understand what he was stepping into. Being a simple Ephebophilia in al single personal context would have been a feather in the prosecutor’s cap. The law does not distinguish between Pedophilia and Ephebophilia. However, Epstein had way too many blackmail cards in his deck he believed provided him with protection. They came back on him for there was no way to bargain his way out after being publicly charged in such a manner. The government could NEVER put him on trial so he just had to go.

From this perspective, the plot to power is still that of an individual – Epstein. I have never encountered any group with designs of controlling the world. That is the stuff for megalomania characters in fictional action movies. So why do they have to be Satan-worshiping pedophiles is beyond me. That seems to be just a tactic to dehumanize the people they are talking about.

Pedophiles tend to be sick people, to begin with to the point I seriously doubt they would be able to even fathom controlling the world. Underage post-puberty girls/boys does not involve pedophiles – that is children like 5 to 10-year-old children. That is more of a mental disorder. I believe Epstein was probably into blackmail more than anything else for strategic reasons. I seriously doubt that if Epstein was engaged in pedophilia he would have had as many people joining him. For strategic blackmail reasons, he merely sought to get people involved in Ephebophilia and then used that perhaps to get favors and money. I seriously doubt that many can tell the difference between at 17-year-old girl and a 19-year-old just looking at them these days. So I would think he was deliberately trying to get girls under 18 to provide the means for blackmail.

I think this Qanon conspiracy is just spinning things too far. There are people out to get Trump, absolutely. But I do not see them as Satan-worshiping pedophiles, just power corrupt individuals.