Congress Commits Treason Against the People 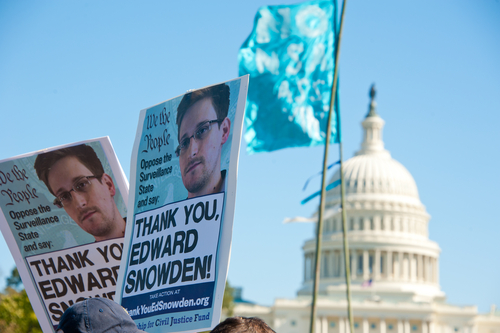 The arrogance of Congress & NSA knows no bounds. A U.S. congressional intelligence committee issued a critical report accusing Edward Snowden of treason, claiming, without knowledge or proof, that his leak of information “caused tremendous damage” to U.S. national security. They rejected him as a “whistleblower” and totally ignore the civil rights of the American people as if we are just cattle. They place their secrecy above all else.

They claim, without proof, that the majority of material he stole from the NSA was not limited to privacy of citizens, but concerned intelligence and defense programs of great interest to America’s foreign adversaries. Of course, they do not mention that their staff wrote programs to collect nude pictures that girls sent to their boyfriends, illustrating that these people can play and intrude into the private lives of everyone.

They openly admitted that they did not even know the “full scope” of damage caused by Snowden. Nonetheless, they have no problem calling him a traitor when in fact they committed treason by violating the Constitution, which was intended to be a NEGATIVE restraint upon government. These are real traitors for they have flipped the Constitution on its head so they get to do whatever they desire. It is up to the people to challenge them instead of making our civil liberties entirely dependent upon someone like Snowden who is sacrificing his entire life to expose these very evil people who see themselves as justified.

There is a simple solution — STOP the national building policies. Neither Russia nor China has any desire to invade the United States and occupy the nation. Communism is dead, and the Cold War should be too.